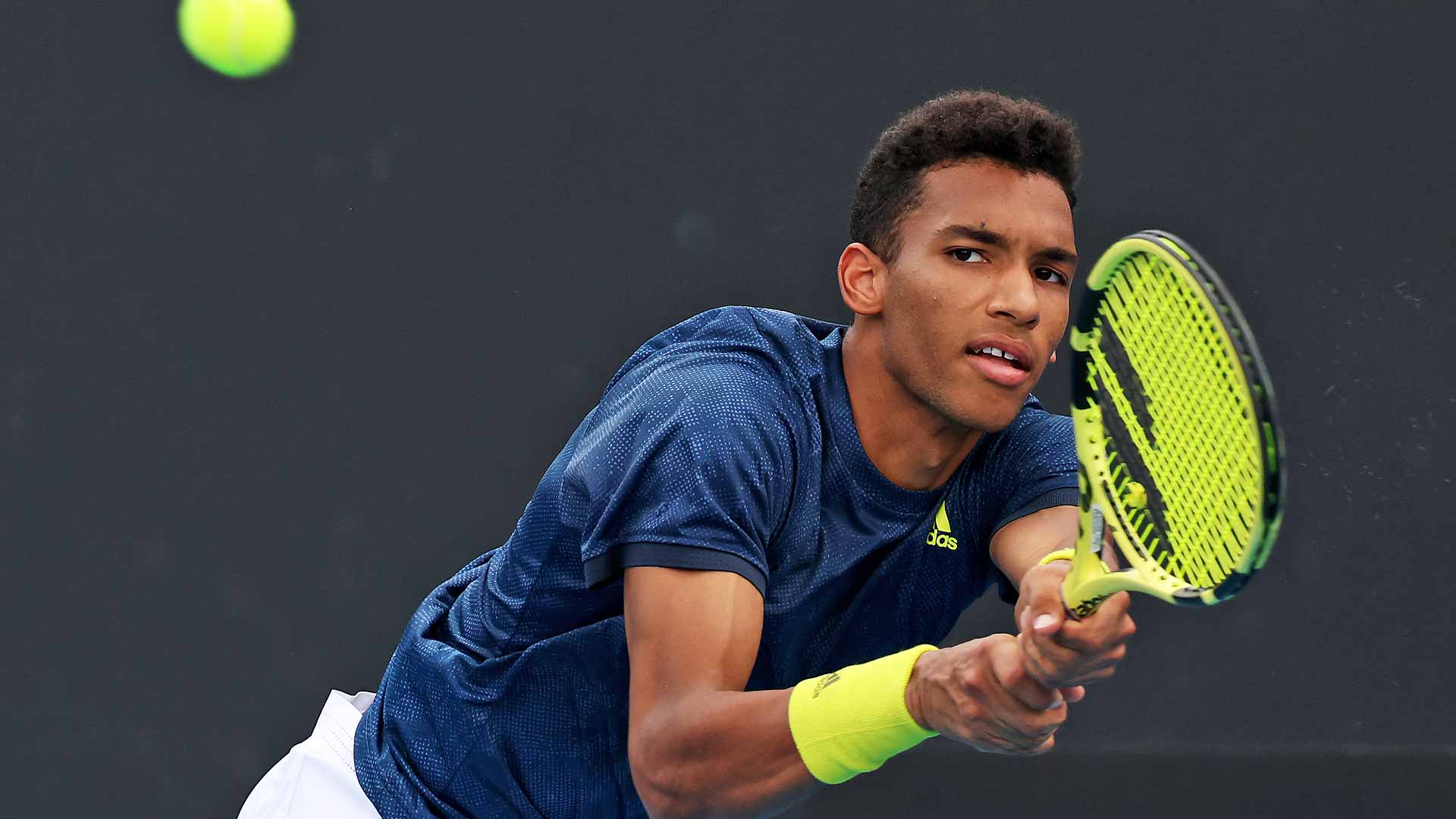 Felix Auger-Aliassime saves a match point on his serve in the third set en route to a win against Egor Gerasimov at the Murray River Open. © Jonathan DiMaggio/Getty Image

The #NextGenATP Canadian saved a match point and clawed past the Belarusian 3-6, 6-3, 7-6(6) after two hours and 12 minutes to reach the quarter-finals of the Murray River Open. The third seed will play Czech Jiri Vesely, who defeated Lithuanian Ricardas Berankis 6-4, 6-2, later in the day for a spot in the semi-finals.

Auger-Aliassime and Gerasimov both won 92 points in the match, but it was the 20-year-old's calm under pressure that paid dividends. The World No. 21 faced a match point at 5-6, 30/40 in the third set, but fended it off behind his second serve. Auger-Aliassime then hit back-to-back aces — his 12th and 13th of the match — to force the tie-break.

The Canadian, who has reached six ATP Tour finals over the past two years, is pursuing his first tour-level title. Auger-Aliassime now leads Gerasimov 3-0 in their ATP Head2Head series.

Frenchman Corentin Moutet advanced to the last eight with a 7-6(4), 6-4 victory against home favourite James Duckworth. The lefty will next play second seed Grigor Dimitrov, who struck 10 aces and saved 11 of 13 break points to beat Aussie Alexei Popyrin 6-4, 6-7(5), 6-3 in two hours and 23 minutes.