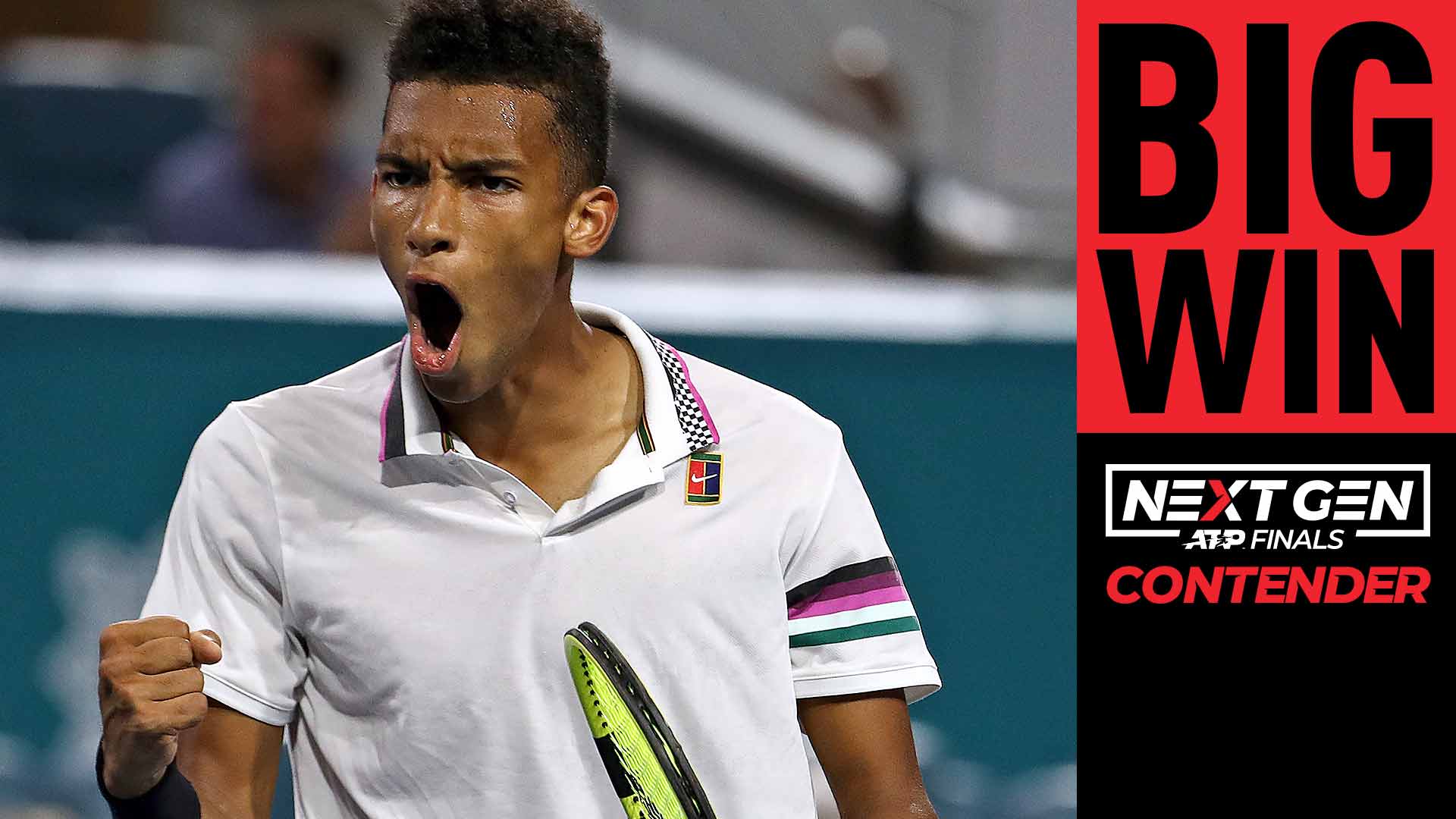 He's only 18, but he's already rewriting the history books at the Miami Open presented by Itau. #NextGenATP Canadian Felix Auger-Aliassime became the youngest Miami semi-finalist in the tournament's 35-year history on Wednesday.

Auger-Aliassime's success, including his straight-sets win against the 22-year-old Coric, has surprised the teenager from Montreal.

“Playing Borna, who's been established for a few years now, I definitely didn't expect to win. I expected more, a set like in the first. But the second really surprised me. I felt like I had margin over him, had a bit of an edge. I just felt really comfortable out there from the first balls,” he said.

The Canadian has played five matches against players inside the Top 20 of the ATP Rankings, and he's won all five, a streak No. 9 Isner will try to break when they meet for the first time.

Auger-Aliassime was already the youngest quarter-finalist in Miami history since Andy Roddick, 18, in 2001, and the first player born in the 2000s to make an ATP Masters 1000 quarter-final. But now he stands alone in Miami.

He is, however, far from the only #NextGenATP player making noise in South Florida. Compatriot Denis Shapovalov, 19, and American Frances Tiafoe, 21, will compete for another semi-final spot on Thursday afternoon.

“Everyone is super excited back home. It's great to hear all these good comments from them. It puts a lot of belief in tennis in Canada,” Auger-Aliassime said.

The last time two teenagers reached the quarter-finals or better in Miami was in 2007 with Novak Djokovic (won) and Andy Murray (QF), both 19.

“It's a privilege to be compared to all these great players. I think it just shows that I'm doing good things, I'm on the right track,” Auger-Aliassime said. “But I think I'm seeing the long term, and right now I'm just enjoying every day, enjoying every match, because you never know what's going to happen next.”

Coric was playing in his sixth ATP Masters 1000 quarter-final, and Auger-Aliassime, his first, but the Canadian was more poised and in control. The two exchanged baseline rallies throughout the opener, with Auger-Aliassime often taking charge.

But Coric, who made the Rolex Shanghai Masters final last October (l. to Djokovic) stayed with Auger-Aliassime, until the tie-break, when he came undone. Coric double faulted for the first time in the match and badly missed a backhand on set point.

Read More: Felix's Philosophy: 'I'm Not Scared Of Losing | Read & Watch: Get To Know Auger-Aliassime And His Family

The second set mirrored the tie-break, as Coric, who hit 38 unforced errors to 16 winners, was broken to start the set when he dumped a backhand into the net. Auger-Aliassime broke once more to roll into the final four.

Did You Know?
Auger-Aliassime is projected to crack the Top 35 of the ATP Rankings on Monday when the new rankings are released.