Will Felix's Sixth Final Be His Title Charm? 'I Can't Look Back' 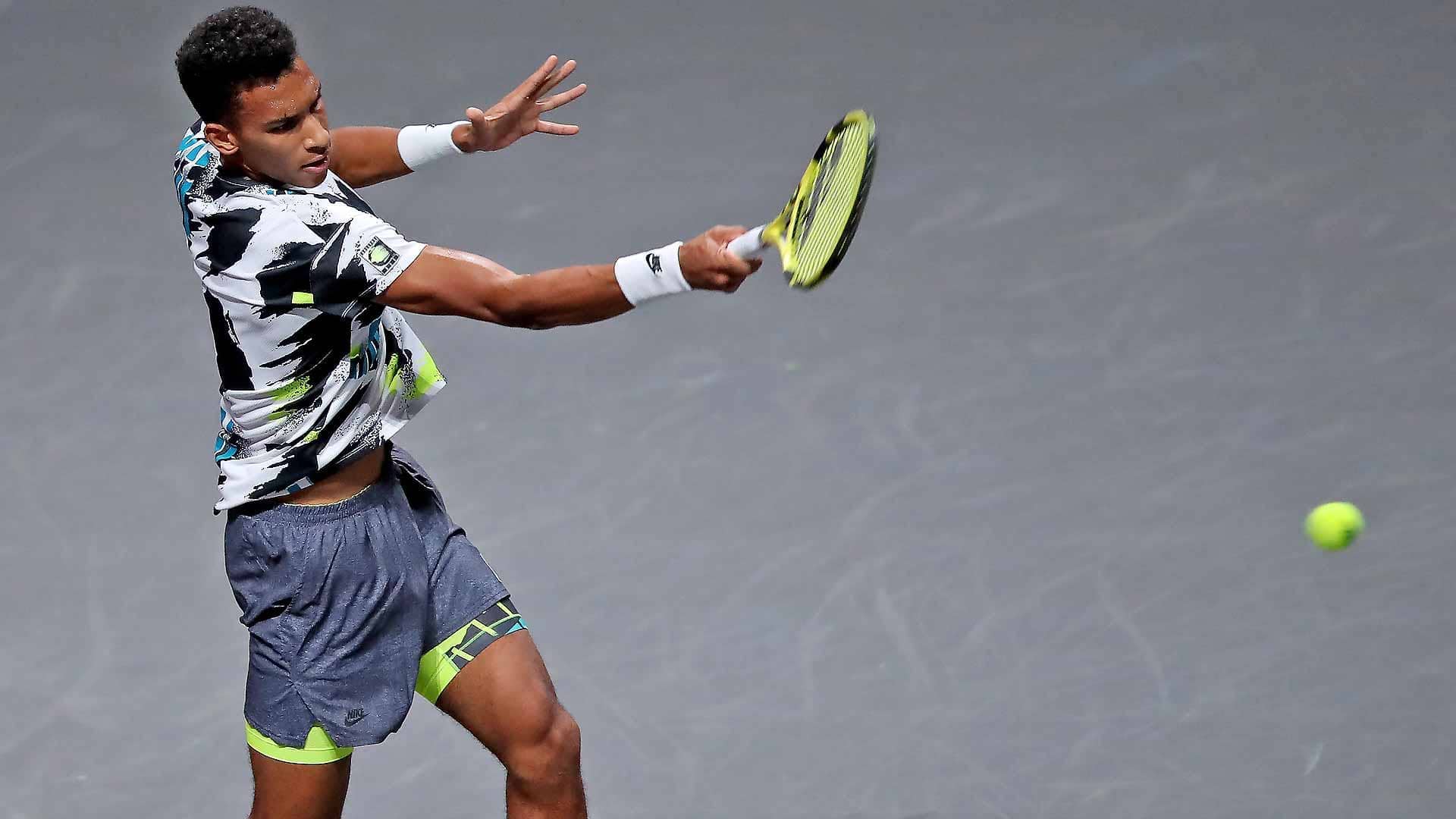 Felix Auger-Aliassime has long been one of the brightest #NextGenATP talents to watch. One thing he hasn’t done is lift an ATP Tour trophy.

Five times the Canadian has reached a tour-level final and on each occasion he has lost in straight sets. Will the sixth time be the charm? Auger-Aliassime has another chance on Sunday in the bett1HULKS Indoors championship match against World No. 7 Alexander Zverev.

“Obviously it’s unfortunate [what happened in] the past five finals, but that’s in the past now. I think we all try to be as much in the present as we can. It’s not easy to be honest,” Auger-Aliassime said. “I really want to win the final tomorrow. But at the same time, those were five different matches. They were great opponents. The other guys played well. Tomorrow is a new opponent, new venue, new match. I’m a different player and person, also. I can’t look back at all the finals and put them all together in one pot.

“Tomorrow is going to be another one, so I’m going to try to bring the best that I have, which I do every day, and try to win.”

It is seemingly only a matter of time before the 20-year-old, who is currently the No. 22 player in the FedEx ATP Rankings, earns ATP Tour glory. The Canadian won his first ATP Challenger Tour title when he was 16 and he has already tallied two Top 10 victories. But he’ll certainly be happy to earn a trophy at this level.

“It would be great. I’ve been looking forward [to] for the past year-and-a-half. You never know when it’s going to come,” said Auger-Aliassime, who reached his first tour-level final in February 2019 when he was 18. “Maybe it comes tomorrow, maybe it comes later. Every week you really have a chance.”

Auger-Aliassime faces a difficult foe in top-seeded Zverev, who leads their ATP Head2Head rivalry 2-0. The German, competing in his home country, is fresh off making his first Grand Slam final at the US Open.

“Sascha is a great player. He’s been playing well. [He made the] final in New York, which he was so close to winning. He has the level to beat any player in the world and he’s proven it many times,” Auger-Aliassime said. “This is going to be a tough challenge like my past two finals playing against the Top 10. I accept the challenge, I’m up for it and it can only be exciting for me.”

Zverev won both their previous meetings in straight sets, with none of their four sets going past 6-4, but one of those matches was on clay at last year’s Rolex Monte-Carlo Masters. This will be their first battle indoors. Could this be the first of many finals between Auger-Aliassime and Zverev?

“I want to be at the top level, I want to play well for many years, so does he. Will we be able to do it? We’ll see,” Auger-Aliassime said. “I lost the past two times against him. We’ve practised a lot together. He knows my game well, I know his game well. Tomorrow is going to be a tough battle and hopefully I can get my first win against him in an important match like this.”

This Cologne clash will be Auger-Aliassime’s third final of the season. In both Rotterdam and Marseille, he played Top 10 opponents for the trophy. If Felix is to break through, he will have to earn it against Zverev.

“For sure it would mean a lot. I think I’ve done some good work since that first final, I’ve been improving,” Auger-Aliassime said. “I would be really happy.”