Felix: 'The Best I've Ever Served' 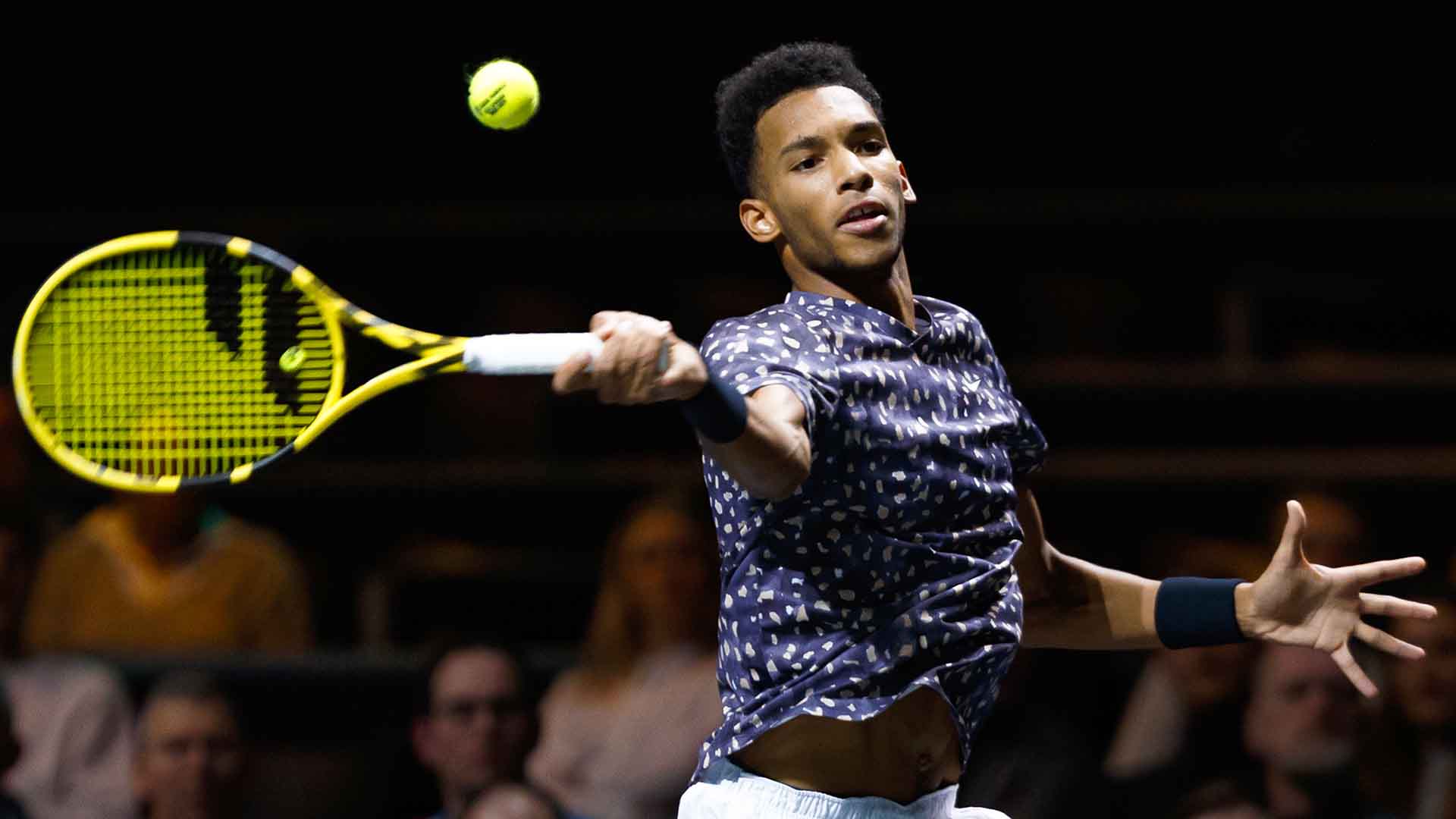 The 19-year-old overcame Pablo Carreno Busta 7-6(2), 6-4 to reach his second ATP 500 final after one hour and 49 minutes, dropping just three points behind his first serve (45/48). Auger-Aliassime is the first Canadian and the youngest player to advance to the championship match in tournament history.

“The first set was really tight with both of us serving really well. I was serving the best I’ve ever served in that first set and then played a solid tie-break,” said Auger-Aliassime.

The three-time ATP Tour finalist is attempting to lift his maiden ATP Tour trophy this week. Last year, the World No. 21 finished as runner-up in Rio de Janeiro, Lyon and Stuttgart. This is Auger-Aliassime’s first final run at a tour-level hard court event.

The Canadian will face defending champion Gael Monfils for the first time in the final. Monfils advanced to his third final in Rotterdam after one hour and 45 minutes, beating Filip Krajinovic 6-4, 7-6(5).

After saving the only break points of the first set with power on his serve and forehand at 5-5, Auger-Aliassime sprinted into a 4/0 lead in the tie-break. The Canadian attacked his opponent’s backhand and showed patience from the baseline, picking his moments to attack before sealing the set with an accurate serve out wide.

In the second set, Auger-Aliassime stepped in on his forehand to break in a marathon third game. Under pressure at 4-3, the Canadian ripped a backhand winner up the line to save break point and closed out the match with his 16th ace of the day. Auger-Aliassime has struck a tournament-leading 46 aces this week.

“In the second [set], things got interesting with that long [third] game,” said Auger-Aliassime. “I was thinking, ‘If this goes my way, it might be tough for him.’ So, I really pushed to get through.

“Obviously, you know the end is coming if you keep serving well and keep holding your serve… Things got a bit difficult, saving that break point after making some tight mistakes. It was not easy. I came up clutch again, so obviously I am happy with myself.”

Carreno Busta was aiming to become the third Spaniard to reach the final in Rotterdam. Only 2004 runner-up Juan Carlos Ferrero and 2009 finalist Rafael Nadal have represented Spain in the championship match at this ATP 500 tournament.