Felix On Five-Set Loss: 'It's Difficult To Swallow' 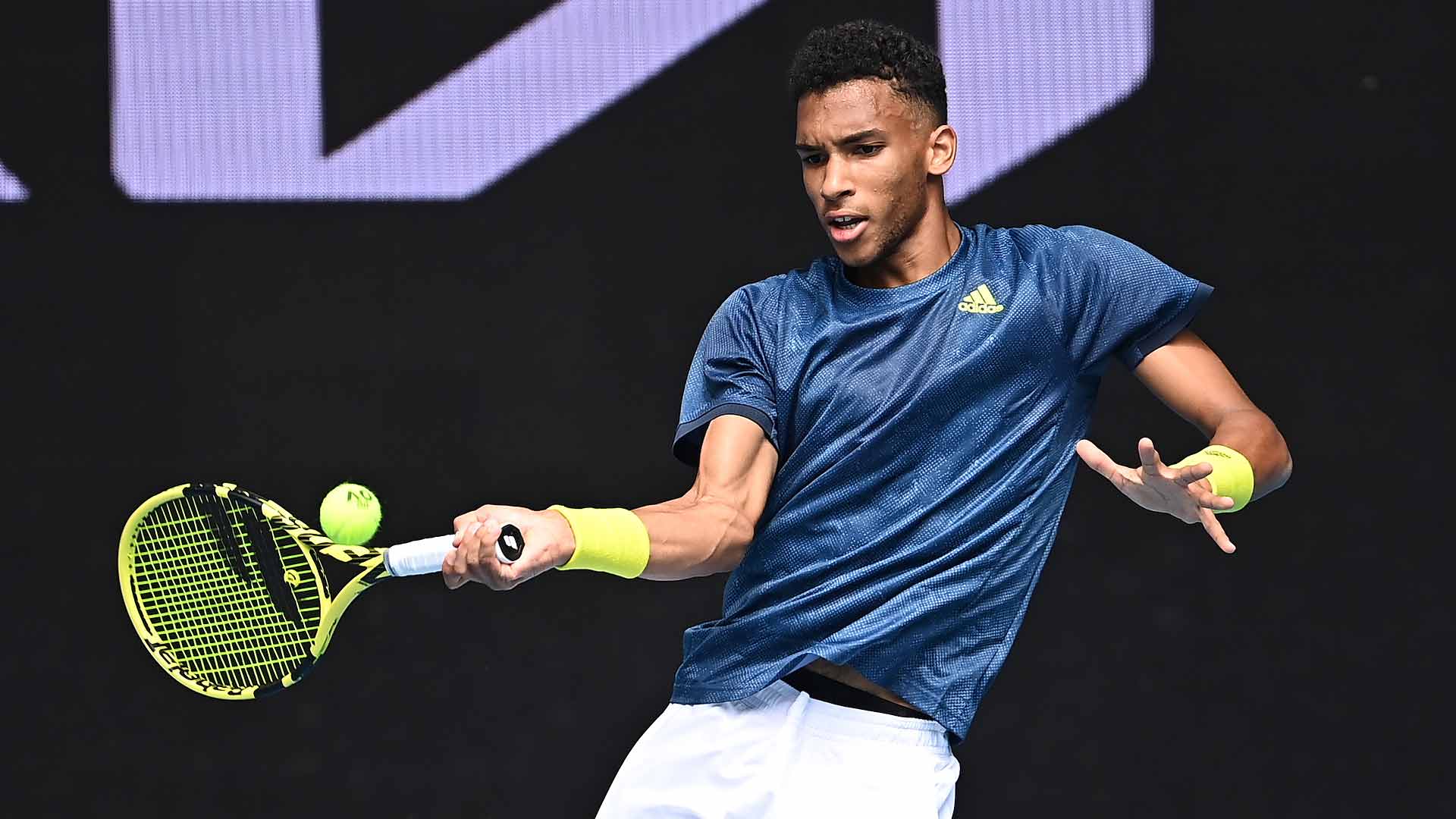 Felix Auger-Aliassime falls short in five sets against Aslan Karatsev on Sunday in the fourth round of the Australian Open. © Peter Staples/ATP Tour

Felix Auger-Aliassime led by two sets against Aslan Karatsev on Sunday as he pursued a spot in his first Grand Slam quarter-final at the Australian Open. Although the #NextGenATP Canadian is disappointed that he lost the match, he remains positive about his performance at Melbourne Park.

“For sure lots of positives to take from that tournament. It’s really a shame that I couldn't get through today. It's difficult to swallow, but it's tennis, that's how it is, life, and honestly it can only help me in the future,” Auger-Aliassime said. “It's the first time I played five sets, first time this happens to me, maybe not the last one. We'll see, but I'll just try to learn from that and be better next time.”

Auger-Aliassime could have crumbled after his two-set lead disappeared. But the 20th seed battled hard, shouting “Allez!” to try to pump himself up deep in the decider. Felix saved four of the five break points he faced in the fifth set, but he was unable to earn a chance of his own.

“I didn't give up, ever. I tried everything, so what can you say? He played good. Of course I wish I could have served better, but I can't just snap my fingers and it just happens,” Auger-Aliassime said. “I’ve just got to be a better player overall to overcome these situations. I think the positive thing is mentally I stayed positive. I believed until the end and even when I was down in the fifth set I still tried, I still believed.”

The Montreal native added that Karatsev raised his level after the second set, saying, “a lot of the credit is to him”.

“I fought, I tried everything until the end,” Auger-Aliassime said. “But some points it was just too good from him.”

Auger-Aliassime believes that even though Sunday’s result did not go in his favour, he is still making progress.

“I think compared to the player I was let's say in 2019 or even last year, I think that was an improvement against a player that as we all saw played a great match, is playing a good level,” Auger-Aliassime said. “Mentally I tried to stay in there, to believe, and I think it's positive for the future.

The 20-year-old has bounced back from disappointment before. Last week, Auger-Aliassime lost in straight sets against Daniel Evans in the Murray River Open final to fall to 0-7 in ATP Tour championship matches. But he immediately recovered to enjoy a good run in the Australian Open. Auger-Aliassime will once again try to move forward and take the most from his experience.

“I need a bit of time. Last week I just didn't have a choice, really, if I wanted to go ahead and get through my first round. So I had to bounce back really quick,” Auger-Aliassime said. “Now I've got a bit of time until the next tournament, so I need to recover physically. It’s been a long stretch here in Australia, it's been a tough stretch. [I need to] recover physically, mentally and get back to training.”