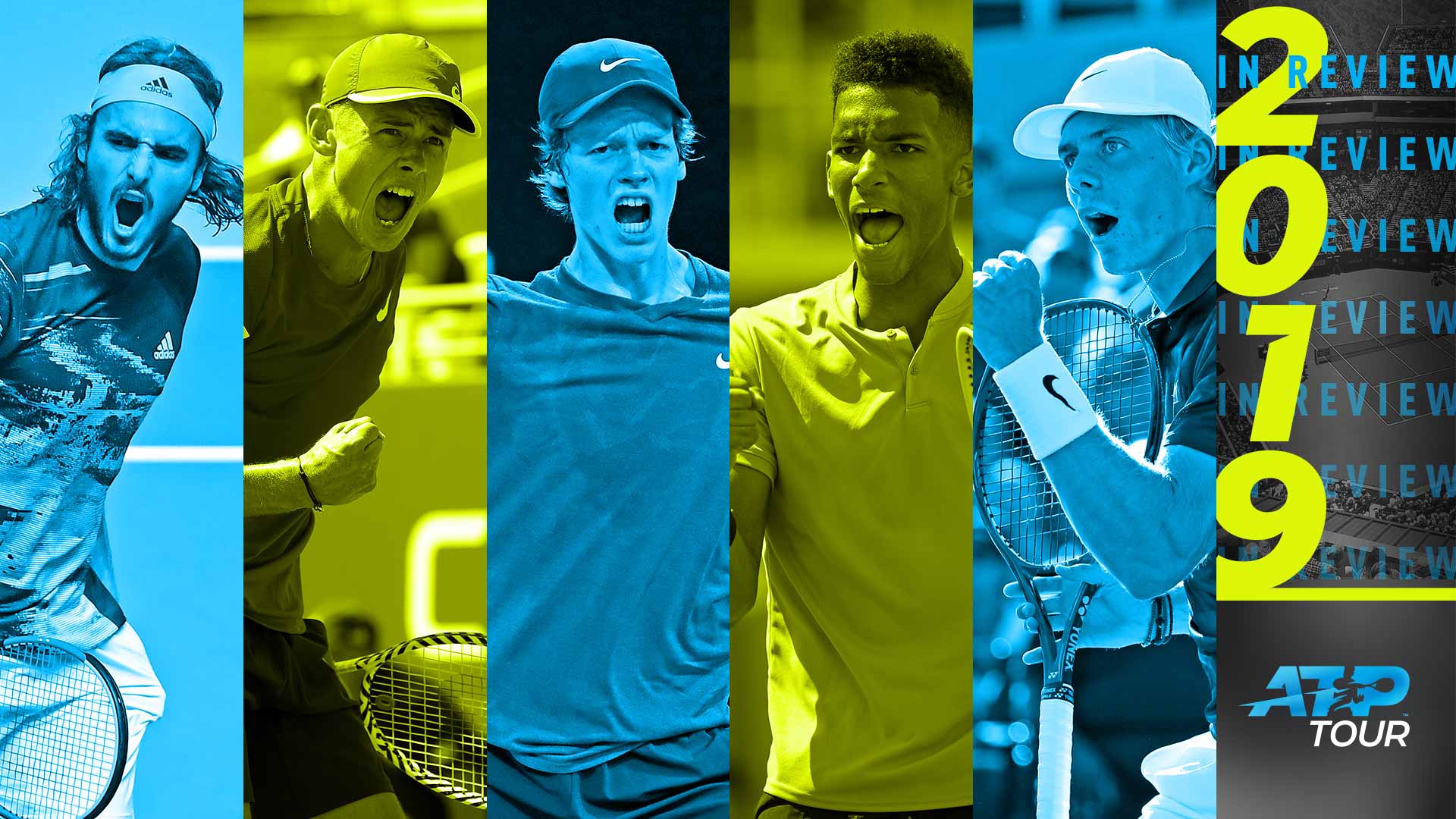 Continuing our Season In Review series, ATPTour.com looks at the best #NextGenATP players from 2019.

Tsitsipas Completes Milan To London Transition
Greece's Stefanos Tsitsipas flew the #NextGenATP banner for much of the 2019 season. Tsitsipas won the 2018 Next Gen ATP Finals in Milan, going a perfect 5-0 and beating Aussie Alex de Minaur in the final. Throughout the 2019 season, the two looked set to meet again in Milan as both had improved upon their 2018 breakout seasons.

Asked during the Milan trophy ceremony if he'd be coming back to Milan, Tsitsipas said, “I think it would be a good idea if the Nitto [ATP] Finals moved to Milan so I can play here.”

The Greek then finished the Milan to London transition, winning the Next Gen ATP Finals title in 2018 and lifting the 2019 Nitto ATP Finals trophy, the biggest title of his career.

“It’s been a rollercoaster,” Tsitsipas said. “Holding this trophy right now feels amazing… This tournament has been unbelievable guys, you made it so, so emotional. I have never received so much support in a stage like that, ever.”

Aussie De Minaur Finishes Inside Top 20 At No. 18
Despite an injury-riddled season, De Minaur qualified for the Next Gen ATP Finals in Milan for the second consecutive year. The 20-year-old Aussie more than backed up his breakout 2018 season, which saw him climb 177 spots (208 to 31) in the ATP Rankings.

In 2019, De Minaur won his first three ATP Tour titles in Sydney, Atlanta and Zhuhai and reached two finals, including his second at the ATP 500 level in Basel (l. to Federer).

“It’s been an unbelievable year and not one that I expected. I’m very happy with what I’ve been able to accomplish,” he said.

The 6' Aussie, however, ran into a home favourite playing the best tennis of his young career at the 2019 Next Gen ATP Finals in Milan. 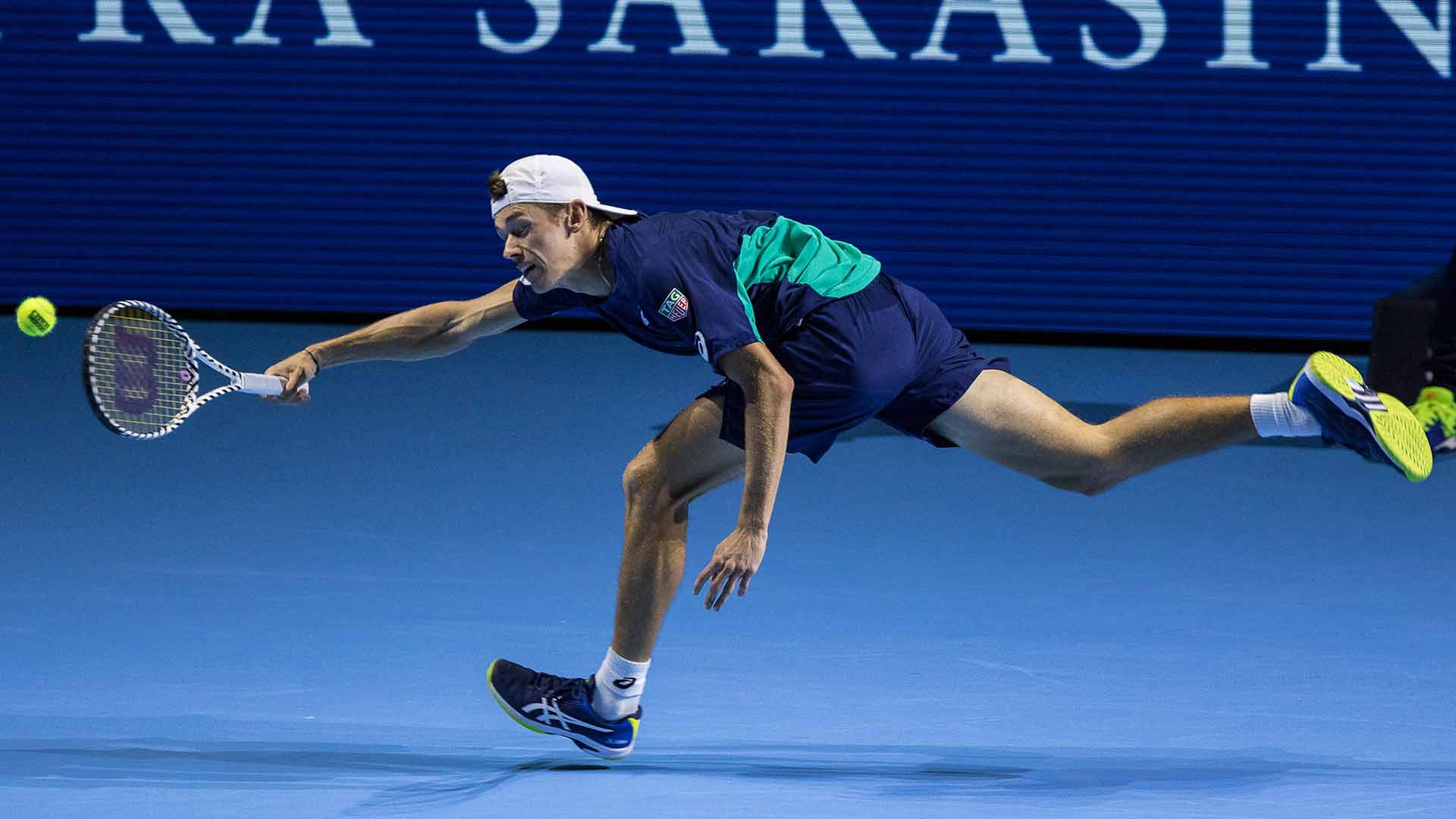 Italy's Sinner Impresses In Breakout Season
Jannik Sinner was No. 553 in the ATP Rankings at the start of the 2019 season. But the Italian introduced himself to the tennis world before Milan, winning two ATP Challenger Tour titles – Bergamo and Lexington – and becoming the youngest ATP Tour semi-finalist (Antwerp) since Borna Coric, 17, at 2014 Basel.

Sinner, who received a wild card into the 21-and-under event, had already cracked the Top 100 by the time he entered the Allianz Cloud, and he played more like a Top 20 player in front of his home fans. Sinner went 4-1 at the Next Gen ATP Finals and beat De Minaur to become the first Italian to win the event in its three-year history.

“The week has been unbelievable. The crowd... You can hear them now. I’m very happy... I wouldn't be here without the wild card, so thanks to everyone. I hope to be back here next year,” Sinner said.

Shapovalov, Felix Lead #NextGenATP Canadian Charge
The 2019 season also saw Canadians Denis Shapovalov and Felix Auger-Aliassime surge into the Top 25 of the ATP Rankings. Shapovalov reached the Miami Open presented by Itau semi-finals (l. to Federer) but endured a mid-season slump that saw him go 4-11 from mid-April through mid-August.

The left-hander, however, finished strong, winning his first ATP Tour title at the Intrum Stockholm Open in October and making his first Masters 1000 final at the Rolex Paris Masters (l. to Djokovic) in November. Shapovalov finished the year at a career-high No. 15 in the ATP Rankings.

Auger-Aliassime had one of the best first halves of the ATP Tour season. The teenager became the youngest ATP 500 finalist in series history (since 2009) at the Rio Open presented by Claro (l. to Djere) and later reached two more ATP Tour finals, in Lyon (l. to Paire) and Stuttgart (l. to Berrettini). In March, Auger-Aliassime, then 18, became the youngest Miami semi-finalist in the tournament's 35-year history.

The Canadian struggled to replicate that form in the second half of the season, but he still finished at No. 21 in the year-end ATP Rankings.

Tiafoe, Other #NextGenATP Players Show Promise
American Frances Tiafoe reached his first Grand Slam quarter-final at the Australian Open and his first Masters 1000 quarter-final in Miami. The 21-year-old also made his second consecutive appearance in Milan, falling in the semi-finals to De Minaur.

#NextGenATP breakout players, including Norway's Casper Ruud, Sweden's Mikael Ymer and Serbian Miomir Kecmanovic, showed flashes of their future potential all season and in Milan, where the trio made their debut at the 21-and-under event.