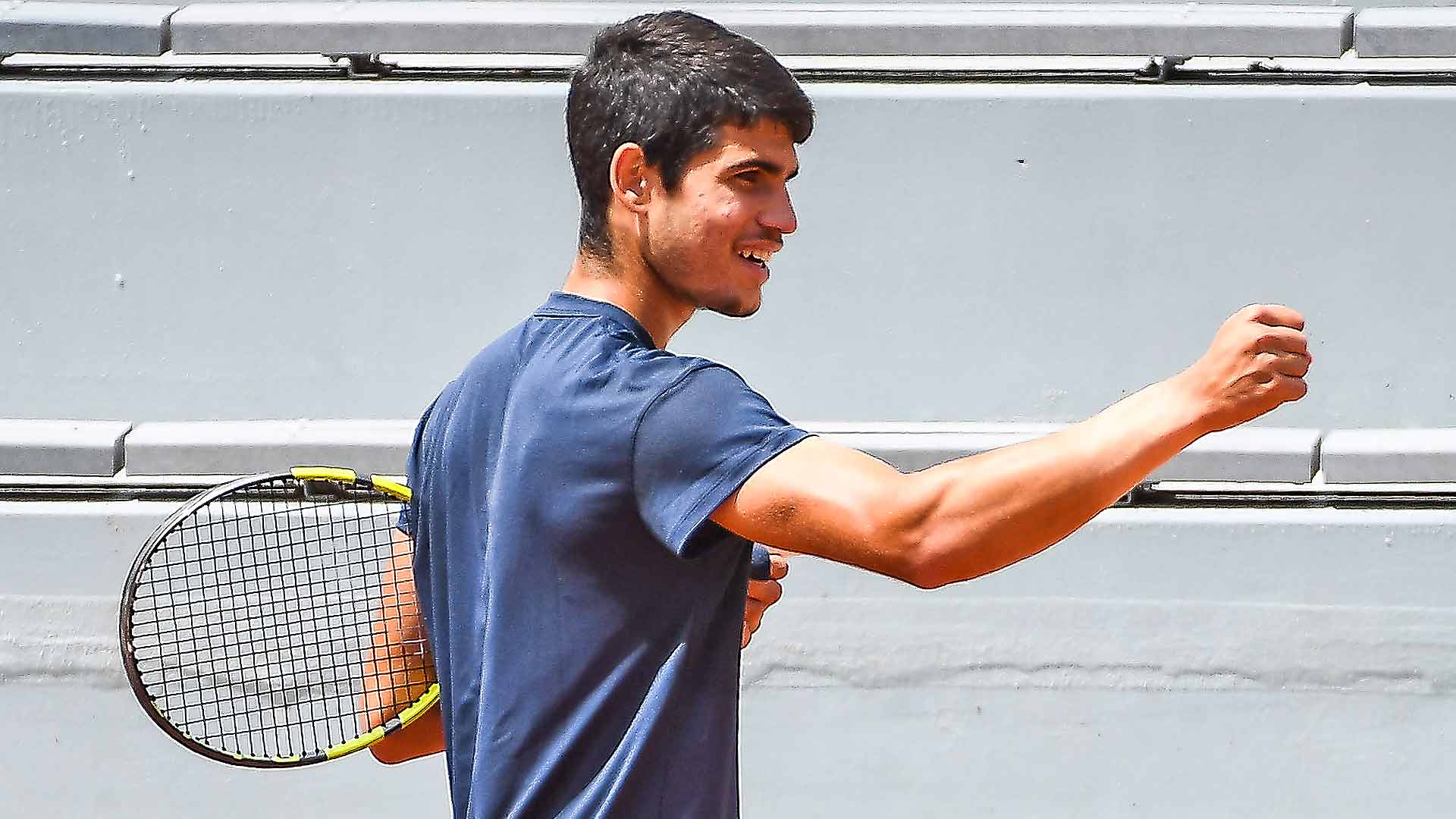 If Carlos Alcaraz felt nerves during his final-round qualifying match at Roland Garros on Friday, the 18-year-old certainly did not show them. The #NextGenATP star defeated Chilean Alejandro Tabilo 6-1, 6-1 to reach the main draw on the Parisian clay for the first time.

Alcaraz needed just 58 minutes to dispatch his 23-year-old opponent. The teen is carrying plenty of confidence after winning his fourth ATP Challenger Tour title last week in Oeiras, Portugal. This will be his second Grand Slam main draw after making his major debut earlier this year at the Australian Open, where he advanced to the second round.

“I got comfortable last week in Portugal winning the Challenger 125, then winning these three matches in qualifying,” Alcaraz said. “I’m getting comfortable playing here and it’s not easy to play best of five sets, but I think I am ready. It’s not my first main draw of a Grand Slam, so I am going to improve what I did in Australia. I think I’m more ready than [I was] in Australia.”


The second seed in qualifying, Daniel Elahi Galan, played three times as long as Alcaraz on Friday, but the Colombian also made the main draw with a 5-7, 7-6(4), 6-4 victory against Kimmer Coppejans after two hours and 54 minutes.

Denis Istomin is currently No. 203 in the FedEx ATP Rankings, but he will make his 11th appearance in the Roland Garros field after eliminating German Tobias Kamke 6-4, 7-6(5) after one hour and 52 minutes.

Eighth seed Mackenzie McDonald did not lose more than four games in a set in his three qualifying matches, completing his impressive run with a 6-4, 6-4 triumph against Argentine Marco Trungelliti.