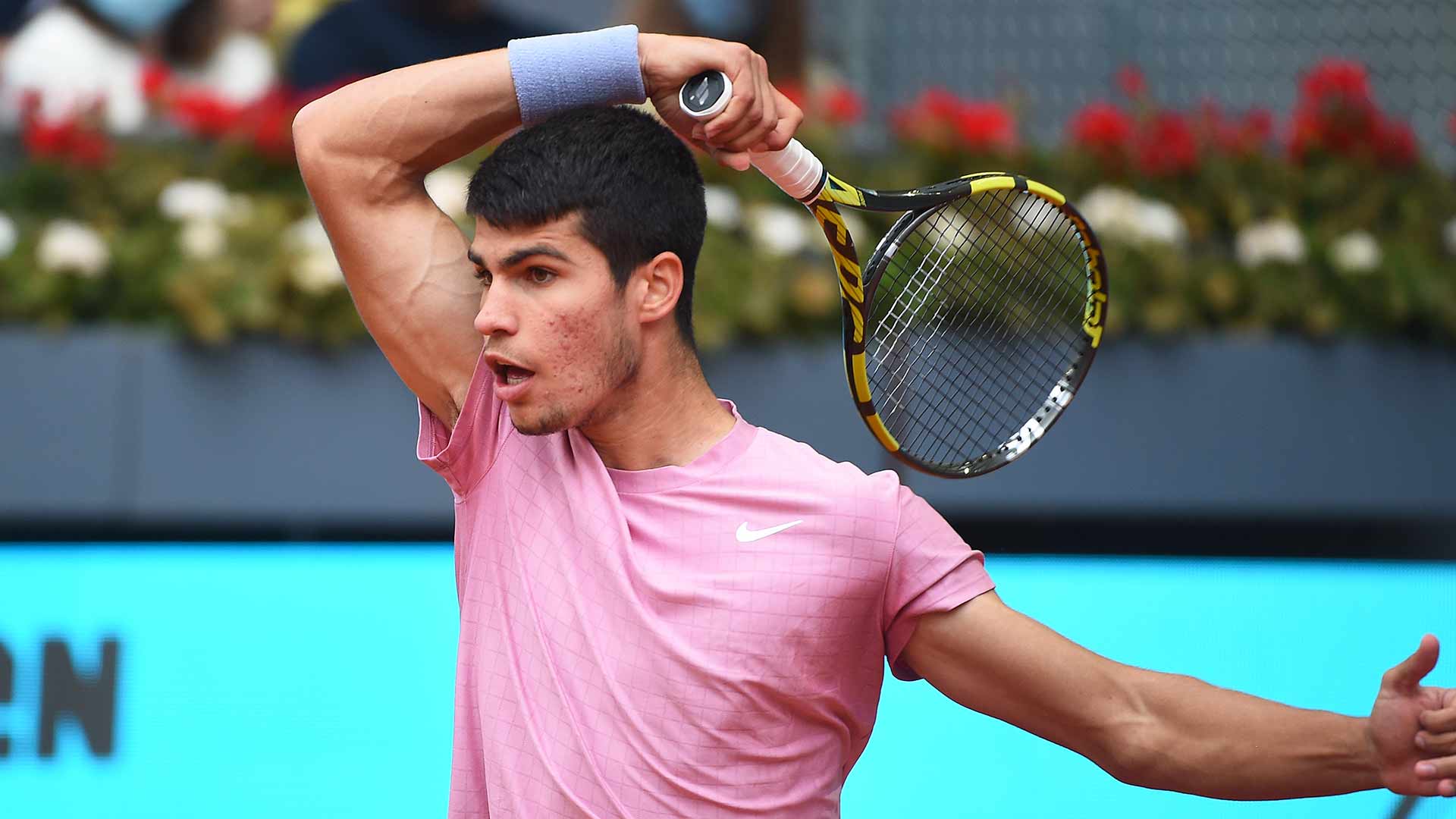 The #NextGenATP Spaniard, who will celebrate his 18th birthday on Wednesday, ripped 19 forehand winners en route to a 6-4, 6-0 win against Adrian Mannarino. This is Alcaraz’s maiden ATP Masters 1000 victory in just his second event at the level. The 17-year-old made his Masters 1000 debut at the Miami Open presented by Itau in March (l. to Ruusuvuori).

“I am really, really happy. This is a special win for me here in Spain, here at La Caja Magica,” Alcaraz said in his post-match interview. “[To] win a Masters 1000 match here is amazing.”

The World No. 120 will meet Nadal for the first time in the second round. However, the pair has already shared some court time together this year. Alcaraz and Nadal met for a practice session ahead of this year’s Australian Open.

Hopefully the first of many! 🙌

Backed by a reduced home crowd inside Manolo Santana Stadium, Alcaraz rushed Mannarino in the early stages with depth on his groundstrokes and fired multiple forehand winners to race into a 2-0 lead. The Murcia native maintained his lead to serve for the first set at 5-4 and he converted his first set point with a crosscourt backhand winner.

Alcaraz breezed through the second set to book his encounter against Nadal. The Spaniard continued to dictate rallies with aggressive forehands and showed great touch at the net to improve to 7-7 this season.

“I started the match a little bit nervous,” Alcaraz said. “I tried to play aggressive to get the nerves out and tried to enjoy playing here, in front of a big crowd in Madrid.”

Fognini and Berrettini, who helped Italy reach the ATP Cup final in February (l. to Russia), will meet for the second time in their ATP Head2Head series. Fognini won the pair’s maiden encounter in straight sets at the 2017 Internazionali BNL d'Italia.