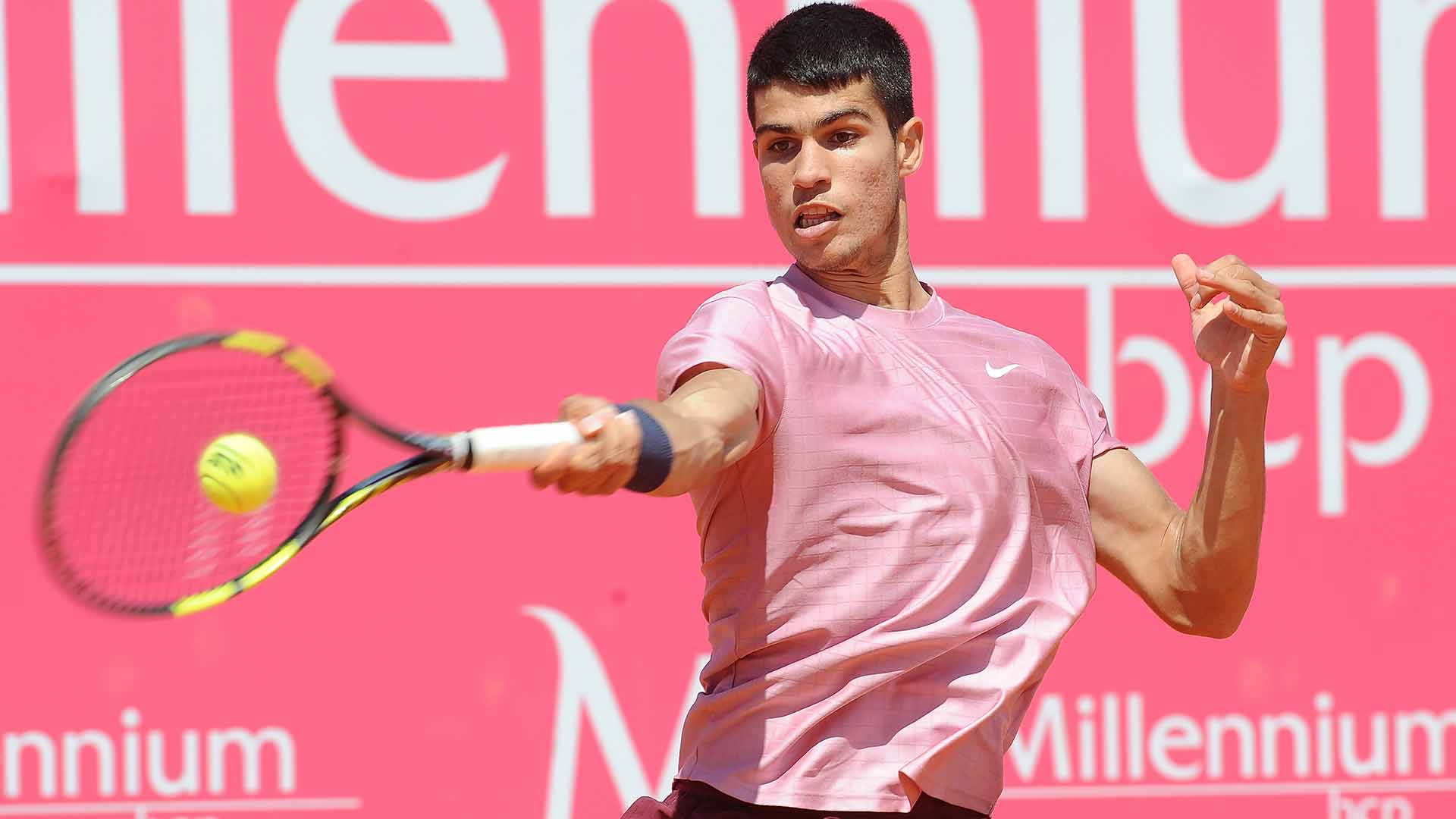 #NextGenATP Spaniard Carlos Alcaraz earned his spot in the Millennium Estoril Open main draw on Sunday with a 7-5, 6-3 win against countryman Carlos Taberner. The 17-year-old will play former World No. 3 and sixth seed Marin Cilic in the first round of the main draw.

This will be the first time that Alcaraz faces a Grand Slam champion. Cilic triumphed at the US Open in 2014, and the Croatian is pursuing his 19th tour-level singles title this week.

It has been a breakthrough season for Alcaraz, who has earned wins against Top 30 stars David Goffin and Casper Ruud. Former World No. 1 Juan Carlos Ferrero's protege reached his first ATP Tour quarter-final and semi-final in Marbella.

The other qualifiers in Estoril are Spaniards Jaume Munar and Pedro Martinez as well as wild card Nuno Borges of Portugal.