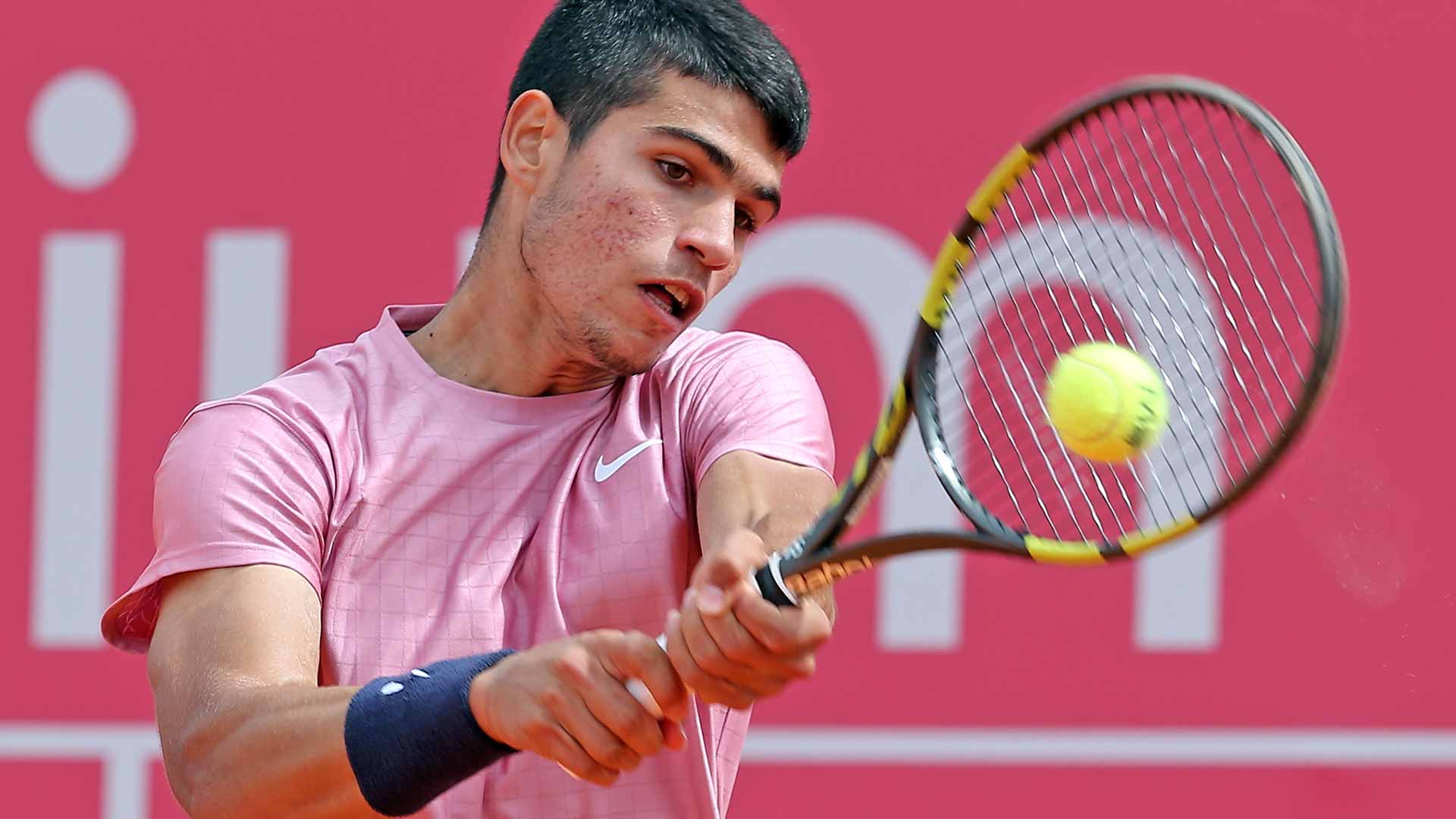 Marin Cilic has faced plenty of rising stars during his career, and on Tuesday he battled another one in 17-year-old Carlos Alcaraz. Although the former World No. 3 was able to secure a three-set victory in their first-round clash at the Millennium Estoril Open, the Croatian was impressed.

“He was fighting really hard. But I think that’s also a Spanish school of tennis. They are extremely disciplined, they play very hard, they are pushing themselves physically and you can see that he is also a hard worker,” Cilic said. “[Those] are great things for the sport and those things are going to help him to improve.”

The 32-year-old believes that Alcaraz plays similarly to one of his mentors: World No. 12 Pablo Carreno Busta, who trains at former World No. 1 Juan Carlos Ferrero’s academy. Fittingly, Ferrero is Alcaraz’s coach.

“I would say [Carlos’ game is] not too far from Pablo Carreno Busta’s just with the style, but I would say Carlos has just a bit [of a] better forehand and I would say Pablo has a better backhand,” Cilic said. “Being 17 and already with that kind of a game that he’s got, he’s going to be only improving with matches at this level. He will definitely have with more and more matches a better and better game and he’s going to be lifting up [his level].

Alcaraz is not the first #NextGenATP player Cilic has faced this year. The 18-time tour-level champion beat 19-year-old Italian Lorenzo Musetti in Miami.

“Lorenzo likes to play a little bit further away from the baseline, likes to open up the court, uses angles, has got really good touch. He’s got also a one-hander, plays the slice and I think clay is his favourite surface,” Cilic said. “I feel he’s just maybe half a step in front of Carlos. Carlos is just getting on the Tour [and he has] a bit [of a] different game.

“Carlos is playing more aggressive and also trying to attack, putting pressure on the opponent and I think both of those games that they have can improve a lot.”

Cilic will continue to pursue his first ATP Tour trophy since triumphing at The Queen’s Club in 2018 when he faces Portuguese qualifier Nuno Borges for a spot in the Estoril quarter-finals.