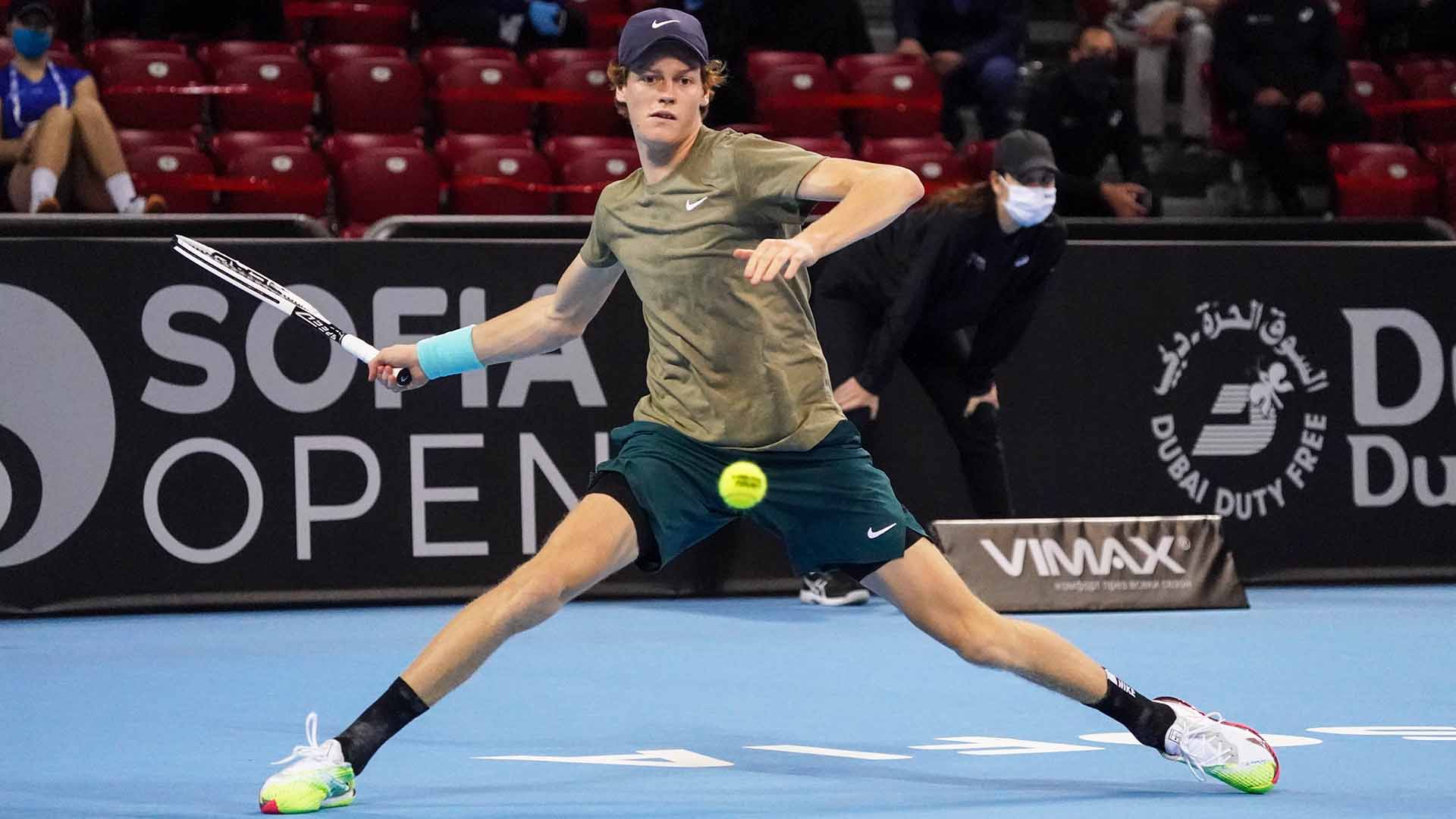 Jannik Sinner became the youngest Italian in the Open Era to reach an ATP Tour championship match on Friday, as he battled past Adrian Mannarino 6-3, 7-5 to reach the Sofia Open final.

The 19-year-old saved all three break points he faced and converted both his break opportunities to earn a milestone victory in 87 minutes. Sinner is the youngest player to reach an ATP Tour championship match since Felix Auger-Aliassime finished as runner-up at last year’s Mercedes Cup in Stuttgart.

“It is nice to be in the final, playing one more match which, for me, is the most important,” said Sinner. “Today I felt quite well on court and it is good for me playing my first final this year. I am looking forward to tomorrow.”

Sinner made it third time lucky after losing his first two tour-level semi-finals at indoor hard-court events. The World No. 44 has defeated back-to-back seeded opponents to reach the final in the Bulgarian capital. Prior to his win against Mannarino, the Sofia debutant recovered from a set down to beat third seed Alex de Minaur in the quarter-finals.

The 6’2” right-hander was clinical throughout his first ATP Head2Head encounter against Mannarino. Sinner created just one break point in each set and took both opportunities to reach the final. Sinner dictated rallies with powerful forehands and capitalised on forehand errors from his opponent at key moments to claim his 18th tour-level win of the year (18-11).

“You go on the court with one plan, trying to do the things you would like to. Then it is possible that he is going to change something,” said Sinner. “He was serving well. I still had to manage how to return his serve, trying to let him move a little bit.”

Sinner will attempt to become the youngest ATP Tour titlist since Kei Nishikori won the 2008 Delray Beach Open by VITACOST.com. The San-Candido native will meet Vasek Pospisil for the first time in the championship match.

From 6-7(6), 1-2 down, the Canadian claimed 11 consecutive games to defeat Richard Gasquet 6-7(6), 6-2, 6-0 and reach his second final of 2020. The Montpellier runner-up struck 19 aces and converted five of his seven break points to improve to 4-2 in his ATP Head2Head series against the Frenchman.

Did You Know?
Sinner or Pospisil will become the sixth first-time ATP Tour titlist of the year. They will be attempting to join Ugo Humbert (Auckland), Casper Ruud (Buenos Aires), Thiago Seyboth Wild (Santiago), Miomir Kecmanovic (Kitzbühel) and John Millman (Nur-Sultan) in the exclusive group.