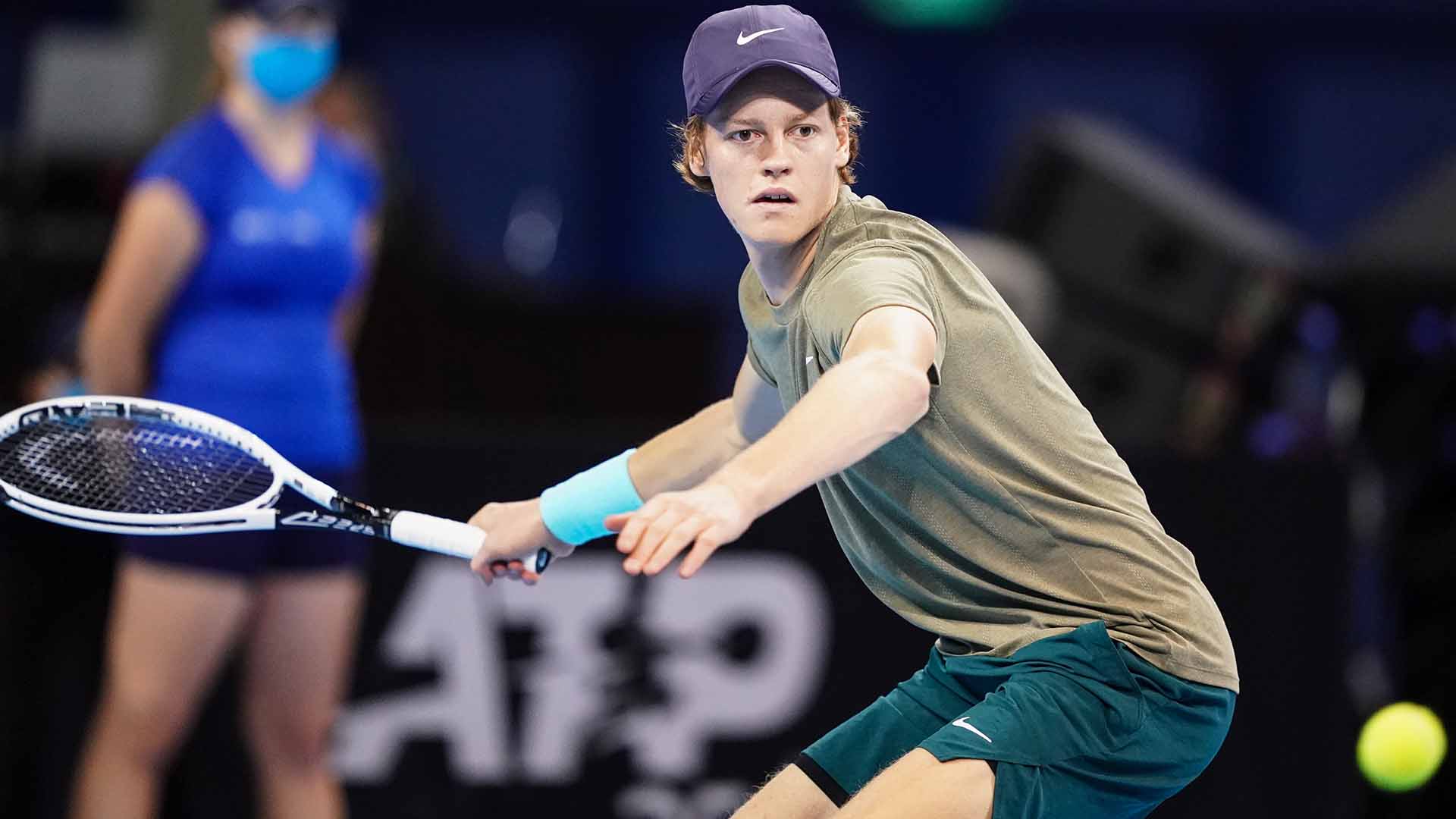 One year on from his championship victory against Alex de Minaur at the Next Gen ATP Finals in Milan, Jannik Sinner earned another memorable win against the Aussie on Thursday at the Sofia Open.

The #NextGenATP Italian rallied from a set down to overcome De Minaur 6-7(3), 6-4, 6-1 in two hours and 11 minutes. Sinner won 80 per cent of his first-serve points (43/54) and held his nerve under pressure, as he saved six of the seven break points he faced.

“The key [in the big moments] is the balance on court, trying to understand how big I should go,” said Sinner. “The important points, when you serve, try to serve with the first serve in and maybe then it is a little bit easier to win the point.

“I was just focussing on that and trying to let him play in one corner, because he moves very fast… My tactic was to stay in one corner and try and play a little bit faster than him.”

Sinner, who owns a 17-11 record in 2020, is through to his second ATP Tour semi-final of the year. The bett1HULKS Championship semi-finalist is aiming to reach his first ATP Tour championship match this week.

After dropping the first set in a tie-break, Sinner earned an unlikely break at 3-3 to turn the match in his favour. De Minaur raced into a 40/0 lead on serve, but Sinner played with aggression on his forehand to overpower his opponent.

After saving break points to close the second set, Sinner charged to victory in the decider. The Italian stepped in on short balls and ripped winners to open a 5-1 lead. De Minaur began to commit errors as he attempted to shorten points and Sinner moved through to the semi-finals when De Minaur fired a forehand beyond the baseline.

Sinner will face Adrian Mannarino for a place in the championship match. The Frenchman reached his second semi-final in three weeks with a 6-2, 1-6, 6-3 victory against Radu Albot.

The Nur-Sultan runner-up landed seven aces and broke serve on three occasions to reach his first semi-final in Sofia. Since arriving at the bett1HULKS Championship in Cologne last month, Mannarino has won 10 of his 13 matches.

“[Adrian] is a tough player, a lefty [who is] serving well and moving well in long rallies. It is going to be a physical match," said Sinner. "I have to talk to my coach about how I am going to play tomorrow and try to be prepared.”

Vasek Pospisil advanced to his second semi-final of the year with a 6-3, 6-2 win against John Millman. The Canadian dropped just four points behind his first serve (24/28) to move past the Nur-Sultan champion in 72 minutes. Pospisil will face Richard Gasquet for a place in the championship match. The 34-year-old reached his first semi-final of 2020 with a 7-6(4), 7-5 victory against Salvatore Caruso.