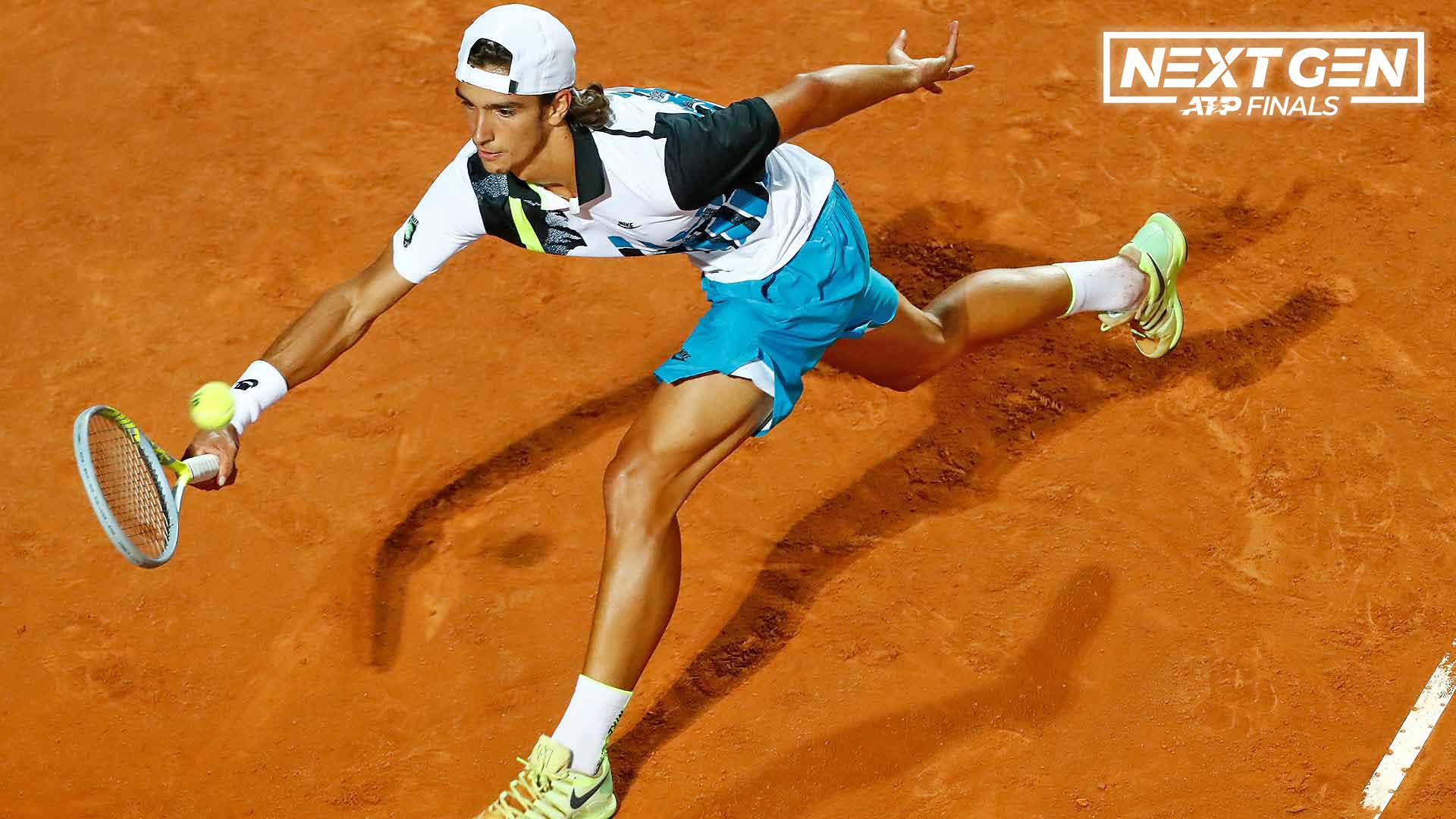 Lorenzo Musetti made a splash at the Internazionali BNL d'Italia as a qualifier, advancing to the third round. © Pool/Getty Images

It has been another impressive year for the #NextGenATP, who made their mark both before and after the COVID-19 pandemic suspended play for more than five months.

ATPTour.com looks back at some of the #NextGenATP highlights of 2020.

Musetti’s Magic In Rome
Jannik Sinner seized the #NextGenATP spotlight by triumphing in Milan one year ago. The teen continued on his upwards trajectory this year, cracking the Top 50 in the FedEx ATP Rankings. But another #NextGenATP Italian made a big splash in 2020, too.

Lorenzo Musetti entered the Internazionali BNL d’Italia as the World No. 249, and he lost a set in two of his three qualifying matches. But once in the main draw, the 18-year-old showed why he is a star in the making.

Musetti upset former Top 5 stars Stan Wawrinka and Kei Nishikori in back-to-back matches to reach the third round. It wasn’t just that he won, but he only lost 13 total games across the two matches.

"This kid's backhand is incredible!" former World No. 1 Jim Courier, who broadcasted the Wawrinka match for Tennis Channel, said of Musetti.

The Italian lost in the third round against Dominik Koepfer, but he used the Rome ATP Masters 1000 event to step into the spotlight, and he has carried that momentum ever since, winning his first ATP Challenger Tour title in Forli and reaching his maiden ATP Tour semi-final in Sardinia.

Alcaraz’s Rio Marathon & More
Carlos Alcaraz first announced himself in February before his 17th birthday, defeating Albert Ramos-Vinolas 7-6(2), 4-6, 7-6(2) in a three-hour, 37-minute marathon at the Rio Open presented by Claro.

"I will remember Rio forever," Alcaraz said. "I am very happy to win my first ATP Tour match. This has been the longest and most intense match I've played so far. There were quite difficult conditions, but if you have the right attitude, the conditions don't matter. You can achieve anything."

The Spaniard's win against Ramos-Vinolas came in his tour-level debut, which finished at 3:00 a.m. That match showed fans Alcaraz’s potential, and he has continued to improve under the tutelage of former World No. 1 Juan Carlos Ferrero.

In October, at the age of 17 years and five months, Alcaraz became the youngest player to lift ATP Challenger Tour trophies in consecutive weeks and the second-youngest to claim three titles in Challenger history. Only Richard Gasquet was younger (16 years, 10 months) when he triumphed for the third time in Napoli in 2003.

"It’s an incredible achievement,” Seyboth Wild said. “It's something I've always dreamed about.”

Seyboth Wild, who was 19 at the time, became the youngest Brazilian titlist in ATP Tour history and the youngest champion during the Golden Swing since an 18-year-old Rafael Nadal prevailed in Acapulco in 2005.

Seyboth Wild was the season’s lowest-ranked winner at World No. 182 as well as the youngest tour-level champion at 19 years, 11 months.

Gaston’s Moment In The Paris Sun
#NextGenATP Hugo Gaston arrived at Roland Garros without a tour-level win and his best result on the ATP Challenger Tour was reaching a semi-final. But the Frenchman, who turned 20 just before the tournament, went on a memorable run on the terre battue.

Gaston beat countryman Maxime Janvier and Japanese lefty Yoshihito Nishioka to reach the third round. It was there that his creative, drop shot-heavy game came to the forefront against Stan Wawrinka. The Swiss star won Roland Garros in 2015, but it was the young Frenchman who stormed through the fifth set to reach the fourth round.

World No. 239, Gaston became the lowest-ranked player in the last 16 at the clay-court major since World No. 283 Arnaud Di Pasquale in 2002. He also was the last Frenchman remaining. Gaston fell just short in the fourth round in a memorable five-setter against two-time finalist Dominic Thiem. But the 20-year-old showed that he plays an entertaining brand of tennis that fans will want to watch for years to come. 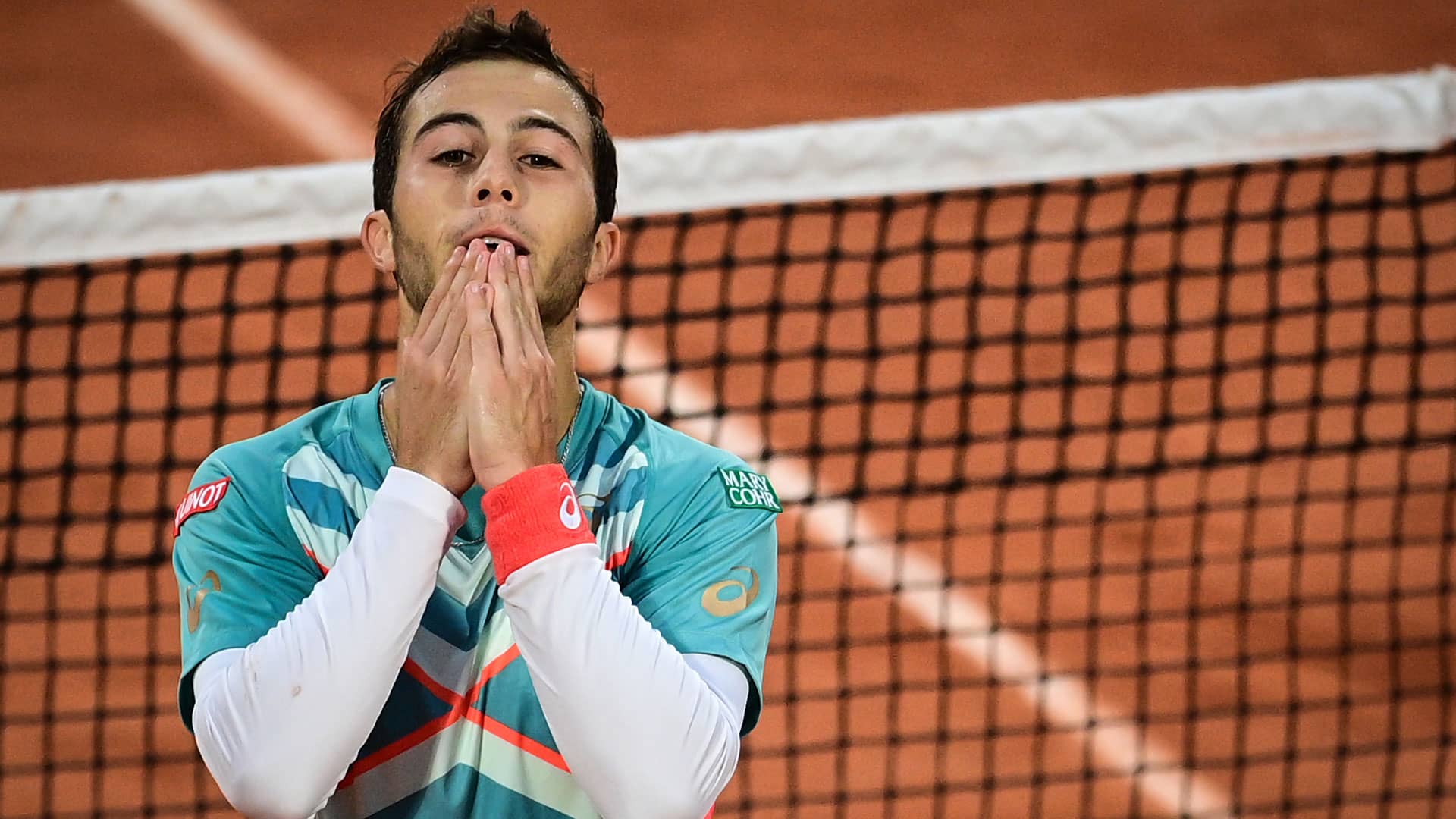 Korda Catches Fire
The surname ‘Korda’ re-entered the tennis dialogue after the ATP Tour’s restart as Sebastian Korda, son of 1998 Australian Open champion Petr Korda, made his mark. ‘Sebi’ qualified for the Western & Southern Open and pushed Denis Shapovalov in a fun four-setter in the first round of the US Open.

But the American kicked it up a notch at Roland Garros, where he qualified. Korda beat veterans Andreas Seppi and John Isner to reach the third round of the main draw, in which he defeated Spaniard Pedro Martinez. The 20-year-old, who had never won a tour-level match before the tournament, became the first qualifier to reach the Round of 16 at Roland Garros in nine years.

Next up was Korda’s idol: Rafael Nadal. The legendary lefty means so much to Korda that he has a cat named Rafa. Nadal only lost four games against the American, but it was a match Korda will never forget.

“It was definitely the best moment of my life,” said Korda, who asked Nadal for a signed shirt. “It was super awesome.”