Next Gen ATP Finals: A Springboard To Top 10 Success 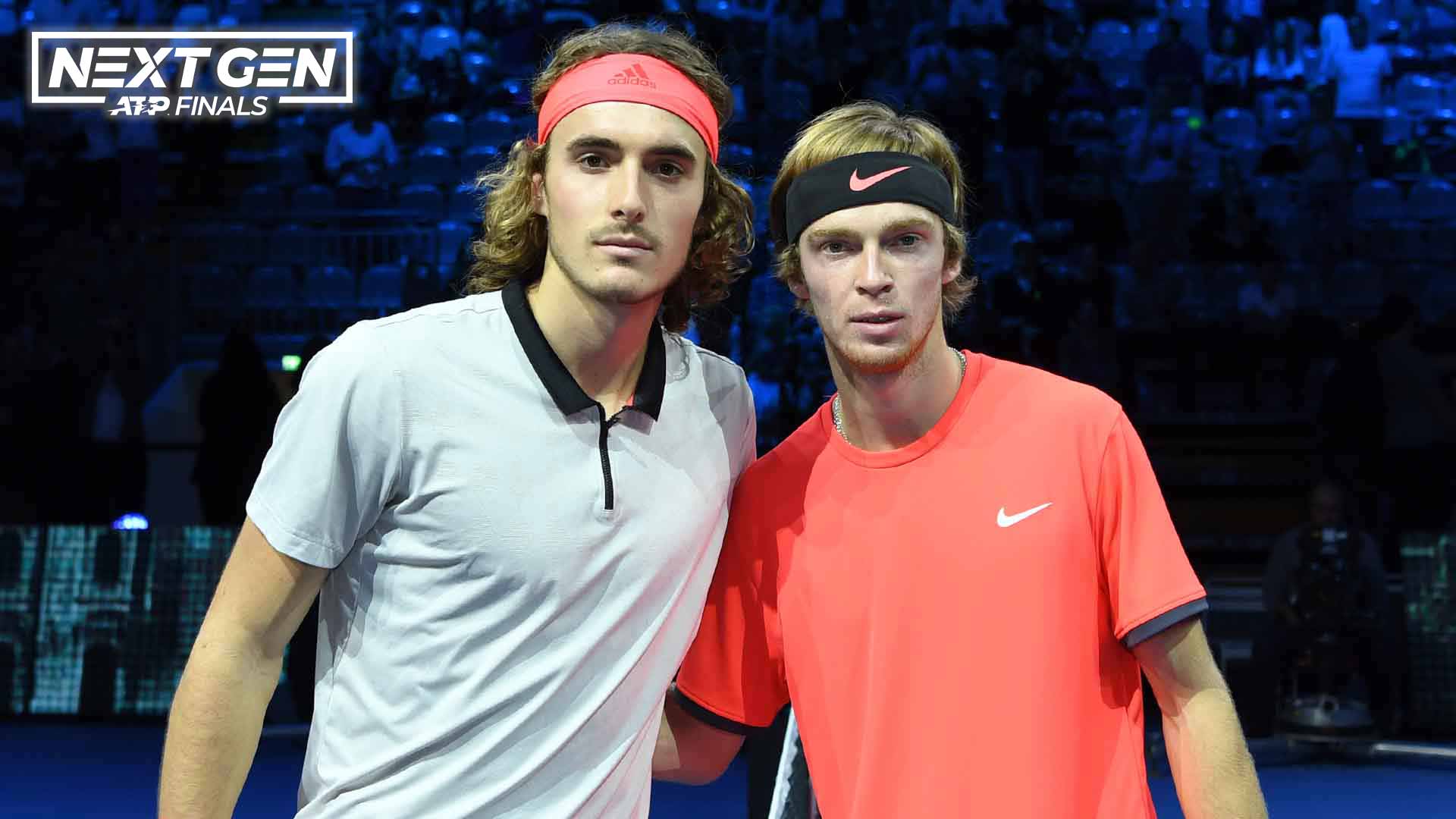 Stefanos Tsitsipas and Andrey Rublev met in the last four at the 2018 Next Gen ATP Finals. © Peter Staples/ATP Tour

After just three editions of the event, the impact of the Next Gen ATP Finals has been clear to see on the ATP Tour.

Through the highly competitive ATP Race To Milan, the top 21-and-under talents have had a clear goal in their sights each year since the start of the 2017 ATP Tour season and have seen their popularity rise under an intense spotlight. But the tournament has not just provided the most promising young talents with an opportunity to showcase their skills to a greater audience, it has also proven to be a springboard for future success.

Five former #NextGenATP talents have cracked the Top 10 in the FedEx ATP Rankings since their appearances in Milan. In fact, three of those players have also gone on to qualify for the Nitto ATP Finals in London.

NextGenATPFinals.com takes a closer look at the #NextGenATP alumni who have taken their game to new heights since their trips to Milan.

Stefanos Tsitsipas
After attending the inaugural edition of the event in 2017 as an alternate, Tsitsipas returned to Milan one year later as the top seed and won each of his five matches to become the second winner of the tournament. Since then, Tsitsipas has raised his game and become an established member of the Top 10.

The Greek star opened his 2019 season in top form and reached his maiden Grand Slam semi-final at the Australian Open. Shortly after his run in Melbourne, Tsitsipas reached back-to-back finals in Marseille (d. Kukushkin) and Dubai (l. to Federer) to crack the Top 10 for the first time. Tsitsipas reached six finals in 2019 (3-3) and ended last season with a milestone triumph.

Just 12 months after his title run in Milan, the Athens native earned wins against Daniil Medvedev, Alexander Zverev, Roger Federer and Dominic Thiem to capture the 2019 Nitto ATP Finals crown. Despite a shortened 2020 calendar due to the COVID-19 pandemic, Tsitsipas has also reached three championship matches this season (1-2) and qualified for the Nitto ATP Finals for the second straight year.

Daniil Medvedev
As the final direct qualifier for the 2017 Nitto ATP Finals, Medvedev posted a 2-1 round robin record to reach the semi-finals in Milan. The Russian pushed eventual champion Hyeon Chung to a deciding set in the last four, but he fell short of booking his spot in the championship match.

In his next season on the ATP Tour, Medvedev claimed 2018 titles in Sydney, Winston-Salem and Tokyo to soar from No. 65 to No. 16 in the FedEx ATP Rankings. The 6’6” right-hander made greater progress in 2019, as he reached a Tour-leading nine championship matches (4-5) and qualified for the Nitto ATP Finals for the first time.

Andrey Rublev
Rublev was the only player to compete at the opening two editions of the Next Gen ATP Finals. On both occasions, the Moscow-born star made it through the round robin stage to reach the last four. Rublev finished as runner-up in 2017 and ended the 2018 edition in third place, but the Russian has since made a habit of ending tournaments with a trophy in his hands.

Just one year ago, Rublev arrived at his home event — the VTB Kremlin Cup — at No. 31 in the FedEx ATP Rankings. The home favourite ended a two-year title drought, on his 22nd birthday, to earn his second ATP Tour crown and it didn’t take long for Rublev to add further trophies to his resume in 2020.

Rublev opened this year with back-to-back crowns in Doha and Adelaide to become the first man since Dominik Hrbaty in 2004 to win a pair of titles in the opening two weeks of an ATP Tour season. Following the ATP Tour suspension due to the COVID-19 pandemic, Rublev earned 15 consecutive wins at ATP 500 level to clinch titles in Hamburg, St. Petersburg and Vienna. The 23-year-old broke into the Top 10 for the first time on 12 October and confirmed his spot at this year’s Nitto ATP Finals with his title run in Vienna.

Denis Shapovalov
The Canadian narrowly missed out on a place in the semi-finals during the 2017 edition of the tournament, but he has since made his mark on the ATP Tour.

After failing to claim a victory in his opening seven tour-level semi-finals, Shapovalov broke the streak and claimed his maiden trophy at the 2019 Stockholm Open without dropping a set. Shapovalov has also been a consistent performer at Masters 1000 level since his appearance in Milan.

The 21-year-old, who finished as runner-up at the 2019 Rolex Paris Masters, has reached the semi-finals or better at four Masters 1000 events since 2018. Following his most recent Masters 1000 semi-final run at this year’s Internazionali BNL d’Italia in Rome, Shapovalov climbed into the Top 10 for the first time on 21 September.

Karen Khachanov
Like Shapovalov, Khachanov finished his only appearance at the Next Gen ATP Finals with a 1-2 round robin record in 2017. But that did not stop the Russian from enjoying a breakthrough 2018 ATP Tour season.

Khachanov claimed the first three titles of his career in the year that followed his Milan debut. The 6’6” star won three ATP Tour crowns on indoor hard courts, including ATP 250 trophies in Marseille and Moscow. Khachanov’s greatest result came in his final match of the 2018 season, when he became the first former #NextGenATP player to capture a Masters 1000 title.

Outside this group of past and present Top 10 stars, Borna Coric and Alex de Minaur have also enjoyed consistent success on the ATP Tour. Coric reached a career-high No. 12 on 5 November 2018 after a stellar run of results. The Croat stunned Roger Federer to win his second ATP Tour trophy at the 2018 NOVENTI OPEN in Halle and once again defeated the Swiss en route to his maiden ATP Masters 1000 final at the 2018 Rolex Shanghai Masters.

Two-time runner-up De Minaur claimed the first three tour-level crowns of his career after his debut appearance in Milan in 2018. The Aussie won 2019 titles in Sydney, Atlanta and Zhuhai and climbed to a career-high No. 18 on 28 October 2019. Taylor Fritz, Hubert Hurkacz, Casper Ruud and Ugo Humbert have also picked up their first titles and cracked the Top 30 for the first time following their debut appearances at the Next Gen ATP Finals.