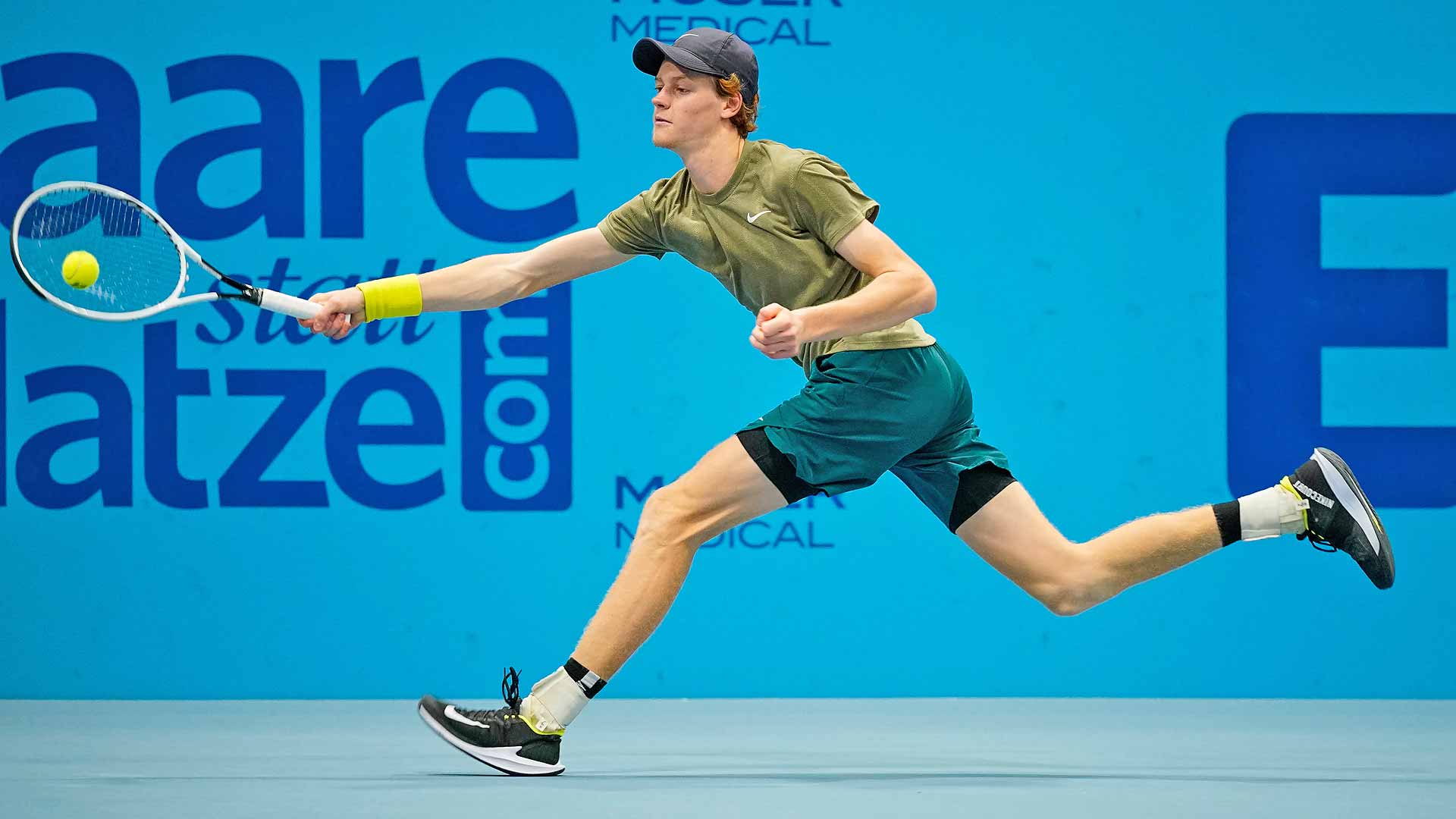 Nineteen-year-old Italian Jannik Sinner needed nearly two hours on Wednesday to claim a straight-sets victory over Casper Ruud in a first-round battle between rising stars at the Erste Bank Open in Vienna.

The Italian’s win booked him a second-round meeting against fifth seed Andrey Rublev as he seeks his third quarter-final of the season on indoor hard courts, after posting last eight appearances in Cologne and at the ABN AMRO World Tennis Tournament in Rotterdam.

The reigning Next Gen ATP Finals champion came into Vienna with a career-high FedEx ATP Ranking of No. 43 after a scintillating run of tennis saw him reach the semi-finals at last week’s bett1HULKS Championship in Cologne, backing up a breakthrough at Roland Garros, where he reached his first Grand Slam quarter-final.

Sinner continued the momentum against World No. 27 Ruud in his Vienna opener, dropping serve only once across both sets and winning 76% of his first-serve points en route to a 7-6(2), 6-3 victory.

Fellow #NextGenATP star Felix Auger-Aliassime faced a different fate on Wednesday in Vienna. The Canadian crashed back to earth after a successful fortnight in Cologne, where he reached his sixth ATP final at the bett1HULKS Indoors and backed it up with a semi-final run at last week’s bett1HULKS Championship.

But he ran up against a battle-tested Pospisil, who was contesting his third match in Vienna after going the distance in back-to-back qualifying matches. Pospisil posted his first straight-sets victory of the week in style, triumphing against Auger-Aliassime 7-5, 7-5 after a one-hour, 50-minute clash.

Pospisil broke Auger-Aliassime’s serve in the final game of each set, helped along by a double fault on set point in the opening tilt. He honed in on 20-year-old Auger-Aliassime’s vulnerable second delivery, winning 53% of his return points and breaking the World No. 21 three times from eight chances.

The victory is Pospisil’s first against Auger-Aliassime, who is currently ranked 60 places higher, and improves his count in their ATP Head2Head record to 1-3.

Like Sinner, Pospisil advanced to face a high-seeded Russian opponent in the second round of Vienna in the form of fourth seed Daniil Medvedev. Pospisil and Medvedev have split their ATP Head2Head series at a win apiece, with Pospisil stunning Medvedev in their most recent clash at Rotterdam in February.