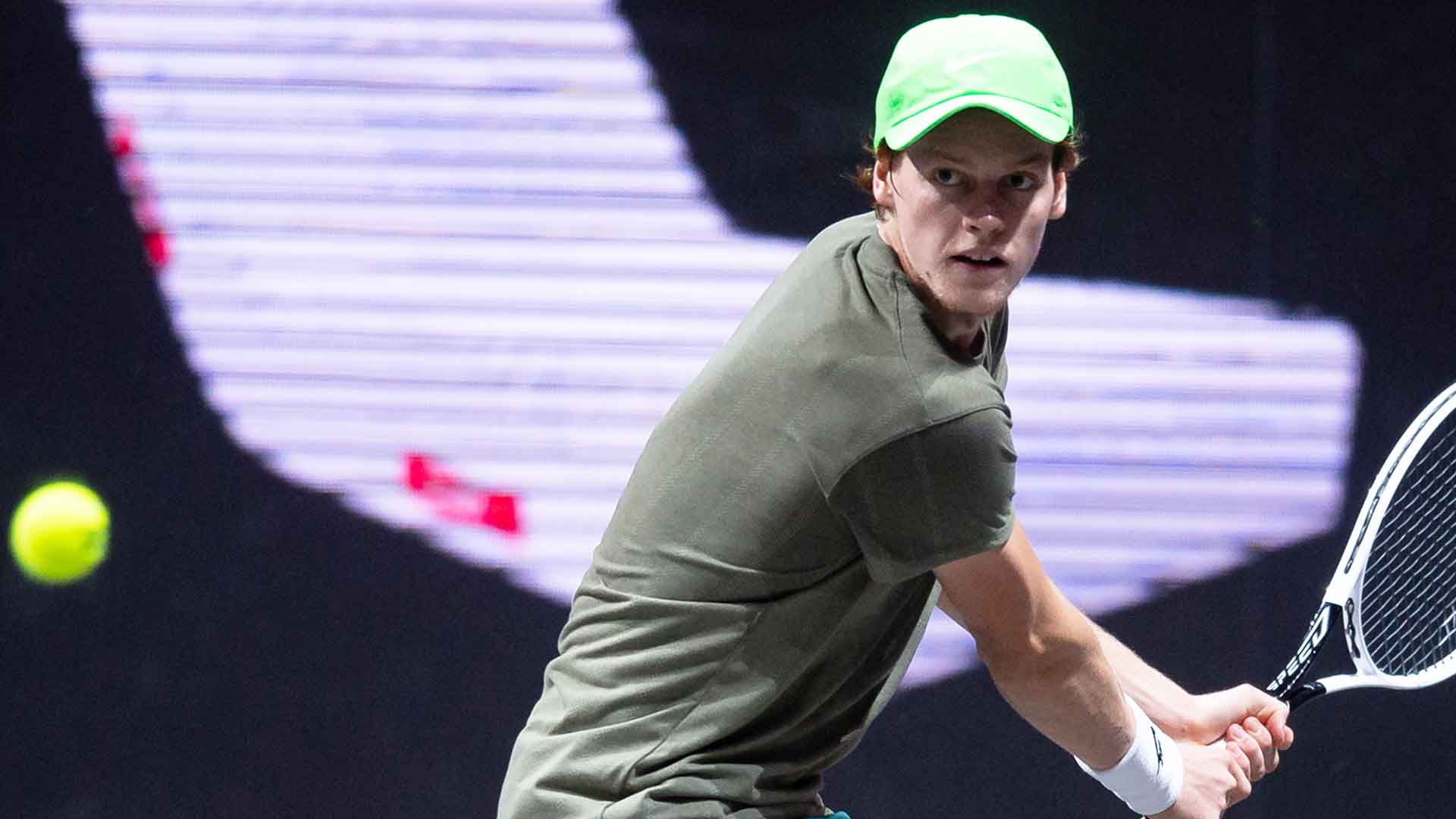 Jannik Sinner raced past Pierre-Hugues Herbert 6-3, 6-1 on Thursday at the bett1HULKS Championship to reach his third quarter-final of 2020.

The reigning Next Gen ATP Finals champion dominated return games, winning 78 per cent of his second-serve return points (18/23) to earn six service breaks. In his first tournament appearance since cracking the Top 50 in the FedEx ATP Rankings for the first time on 12 October, Sinner has dropped just seven games to reach the quarter-finals in Cologne. The Italian claimed a 6-1, 6-2 victory against James Duckworth in the first round.

“In the beginning, it was tough for both [of us], trying to understand how each other plays. [There were] a lot of breaks of serve,” said Sinner. “[I was] trying to find the key on how to serve, especially on the break points, at 30-all… I think it was a quite solid performance today.”

Sinner is through to his second quarter-final this season on indoor hard courts. The 19-year-old also reached the last eight at the ABN AMRO World Tennis Tournament in Rotterdam, beating David Goffin in the second round.

“I’ve never practised with [Pierre-Hugues], I’ve never played with him. He is changing every ball,” said Sinner in an on-court interview. “Knowing that he is a good doubles player, when he is approaching you have to [give] him a difficult ball.”

Sinner will attempt to reach his second ATP Tour semi-final when he meets Gilles Simon in the quarter-finals. The Frenchman gained revenge for his first-round loss at Roland Garros with a 6-1, 4-6, 6-2 win against Nitto ATP Finals contender Denis Shapovalov.

”It was really hard. Denis has a very offensive game. He is really going for everything, every time. Missing a lot, but making a lot of winners also. He is creating a lot of stress on the other side of the court,” said Simon in an on-court interview.

“I am really happy with the way I played today, with the focus I had over all of the match. I am really happy to beat him, because it is a very, very good win. I had a tough match with him at Roland Garros. I lost it unfortunately, so I am happy that I am the winner this time.”

Simon took advantage of 13 double faults and a 50 per cent first-serve percentage from Shapovalov to earn his place in the last eight. The Marseille semi-finalist broke serve on seven occasions to earn his first victory in three ATP Head2Head matches against the Canadian.

”It is a tough one [against Sinner]. Jannik is playing unbelievable tennis,” said Simon. “He is one of the guys I am looking at the most since he came on the Tour. I feel he is really impressive. He is improving so fast in many things… I am a tennis player, but I am also a big fan of tennis. As a fan, Denis and Jannik are players that I like to watch because they bring a lot into tennis. They are just very good and I really look forward to playing against them.”