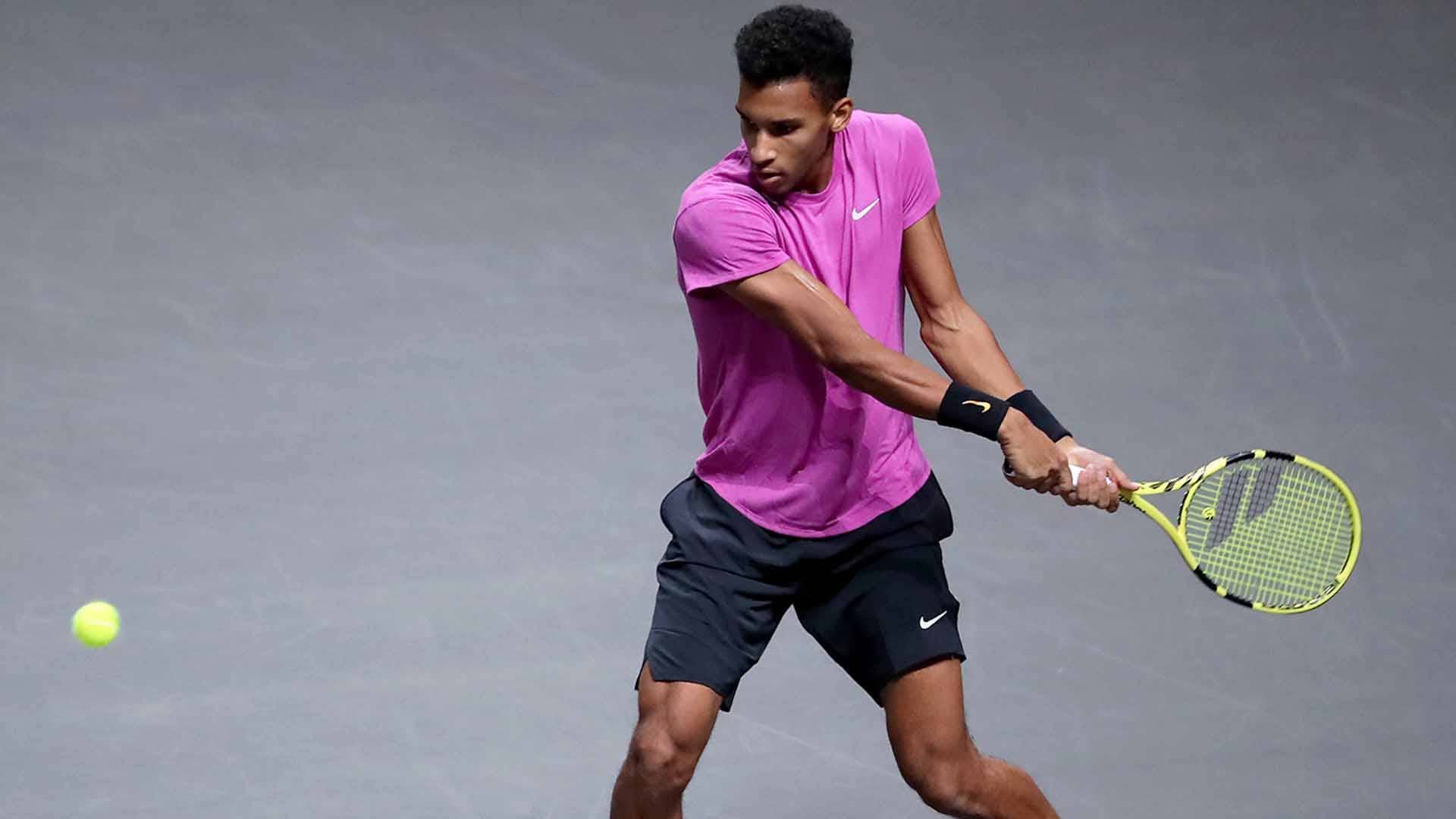 Felix Auger-Aliassime improved his strong 2020 indoor record on Friday, as he beat Yoshihito Nishioka 6-3, 6-4 to reach the bett1HULKS Championship semi-finals.

The #NextGenATP Canadian landed 11 aces en route to a Tour-leading 14th victory on indoor hard courts this year after one hour and 32 minutes. Auger-Aliassime is through to his fourth semi-final from five events this year on the surface.

After trading breaks in the opening four games, Auger-Aliassime attacked with his forehand and proved the more consistent player from baseline to win five straight games from 3-3 and take control of the match. The 6’4” right-hander served with confidence in the second set as he dropped just three points behind his first serve (15/18) to claim his first victory in three ATP Head2Head encounters against the Japanese.

”The start was difficult for both of us, just to find a rhythm,” said Auger-Aliassime in an on-court interview. “I felt from the middle of the first set that things were starting to be better and better.

“I feel like since the last time I played him at Roland Garros, I have adjusted a few things well. It is actually the first time I have beaten him, so I think it is a good win for me… To be able to find solutions against a player that I have had difficulty beating in the past is really gratifying.”

The 20-year-old is attempting to reach his second final in as many weeks in Cologne. During last week’s bett1HULKS Indoors, which was played at the same venue, Auger-Aliassime reached his sixth ATP Tour championship match (l. to Zverev).

”I have always loved coming to Germany since I was a kid. I have always played well here. I made the final in Stuttgart last year,” said Auger-Aliassime. “I always get along well with everybody and I am always welcomed. It is a pleasure to be playing another match here and hopefully I will be able to play all the matches, a full two weeks in Cologne.”

Auger-Aliassime will face second seed Diego Schwartzman for the first time with a place in the championship match on the line. The Argentine saved match point and recovered from 2-6, 2-5 down to defeat Alejandro Davidovich Fokina 2-6, 7-6(3), 6-1 in the quarter-finals.

Auger-Aliassime survived his own scare in his opening match of the tournament. His first-round opponent Egor Gerasimov served for the match at 6-5 in the second set before the World No. 22 recovered to earn a final-set tie-break victory.