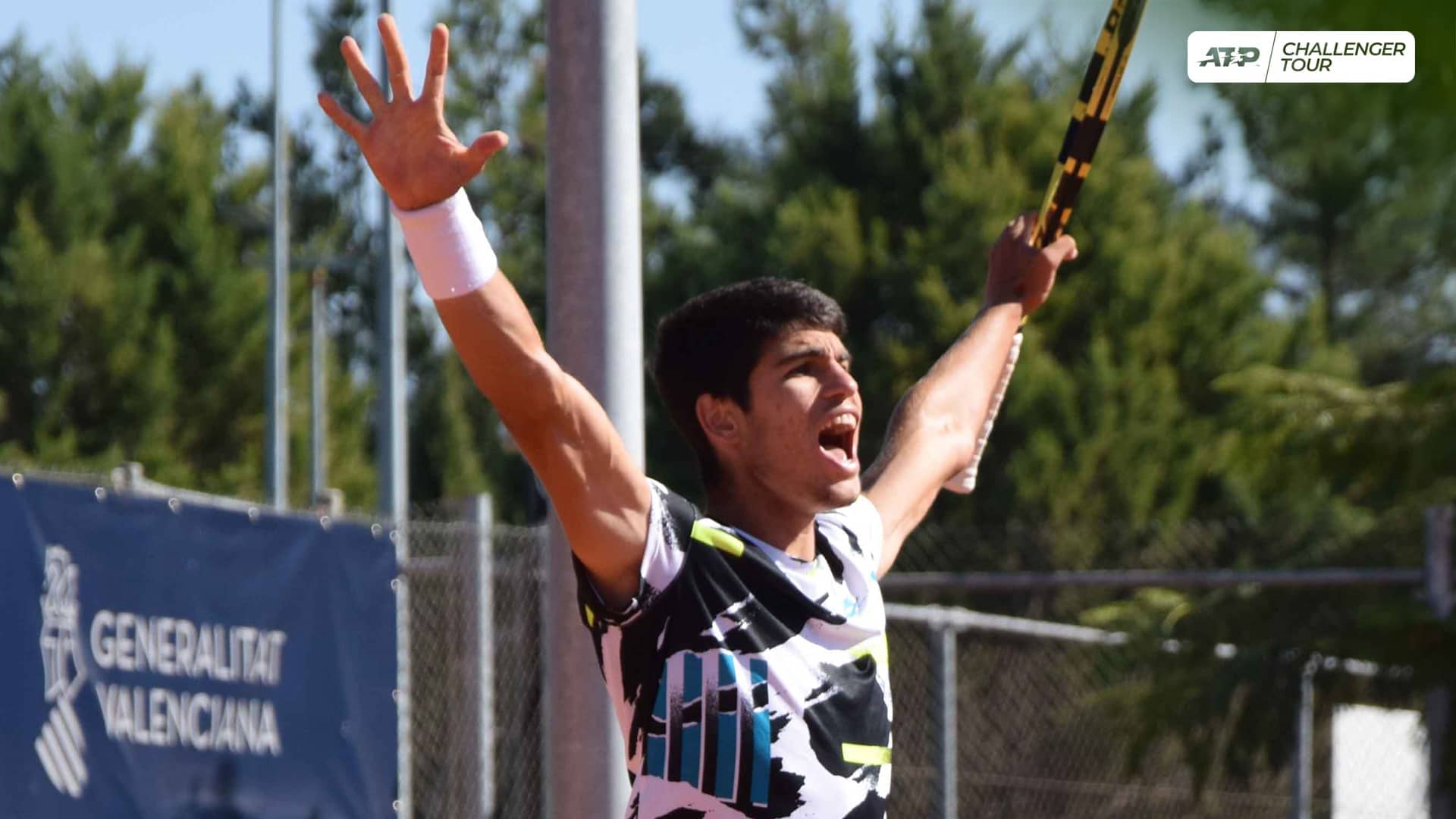 It has been a meteoric and historic rise for 17-year-old Carlos Alcaraz. With every victory on the ATP Challenger Tour, the Spaniard further cements his name in the record books. On Sunday, Alcaraz once again found himself in elite company.

The teenager claimed his third Challenger title and second in as many weeks, prevailing on home soil in Alicante. Competing at his home base of the Equelite Ferrero Academy, in the town of Villena, Spain, he overcame countryman Pedro Martinez 7-6(6), 6-3 to emerge victorious.

With his third Challenger crown, Alcaraz is carving an unprecedented path up the FedEx ATP Rankings. At the age of 17 years and five months, he is the youngest player to lift trophies in consecutive weeks and the second-youngest to claim three titles in Challenger history. Only Richard Gasquet was younger (16 years, 10 months) when he triumphed for the third time in Napoli in 2003.

"It feels incredible to win at home in Villena," said Alcaraz. "It was a great match. Pedro is an amazing player and we both played at a high level. It makes me proud to play like this at home and in front of everyone I know. I'm very happy and this is motivation to continue fighting for more."

Moreover, Alcaraz joins an exclusive club of players who have won at least three titles before turning 18. Gasquet, Novak Djokovic, Juan Martin del Potro and Felix Auger-Aliassime are the only other names on that list.

After opening his 2020 campaign just inside the Top 500, Alcaraz is blasting his way to the precipice of a Top 100 breakthrough. He is projected to soar to a career-high No. 136 in the FedEx ATP Rankings on Monday.

There are few players as young as Alcaraz who can demonstrate the poise and maturity of a veteran. The Murcia native is as unflappable as they come, especially with the pressure on and his back against the wall.

After registering consecutive wins from a set down to reach the final, Alcaraz once again dug in his heels on Sunday. He would break right back when Martinez served for the first set at 5-3 and saved a pair of set points from 4/6 in the ensuing tie-break. It was one-way traffic from there, as Alcaraz sprinted to a 6-3 second set, prevailing after one hour and 44 minutes.

How good has Alcaraz been since the tour's restart in August? He is the first player to secure 20 match wins, posting a 20-3 record, and also owns three titles in just three months. After claiming his maiden crown in Trieste, Italy, he added a second trophy in Barcelona last week, before going back-to-back on home soil in Alicante.

Two stats stand out above the rest: Not only did Alcaraz extend his staggering record in tie-breaks to 14-1 in his young career, but he remains a perfect 9-0 in 2020. In addition, he concludes the week with an 11-2 mark in deciding-set matches since the circuit resumed on 17 August.

Alcaraz will next carry his 10-match win streak to Marbella for the Casino Admiral Trophy, set to commence in one week.