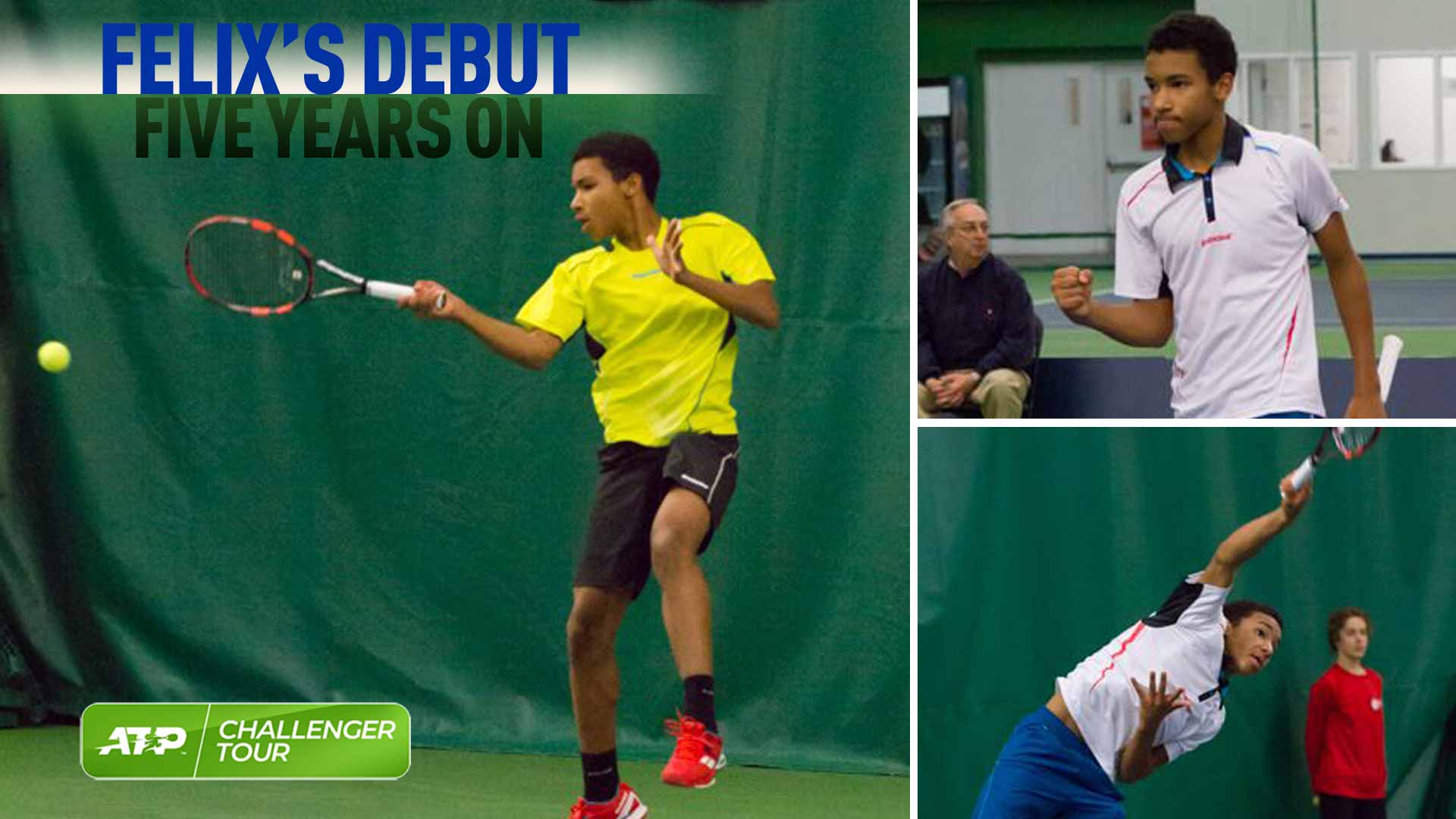 A 14-year-old Felix Auger-Aliassime made a historic professional debut at the ATP Challenger Tour event in Drummondville, Canada. © Jean-Samuel Gauthier

It was as astonishing as it was incomprehensible at the time. A 14-year-old qualifying for his first professional tournament is a feat that previously never happened on the ATP Challenger Tour. In fact, it had never happened at any level in the pro landscape.

Players that age are often too young and inexperienced to earn such an opportunity on a big stage. And with the growing physicality of the game and quality of competition at the Challenger level, winning one match, let alone three in a row in qualifying, is far from an easy task.

Today, the Canadian is one of the stars of the ATP Tour, surging up the FedEx ATP Rankings without pause. The World No. 20 is fast becoming a household name in the sporting world, boasting an all-around game that is putting the rest of the circuit on notice.

It has been a long and unique journey for the #NextGenATP star, and one that began in the frigid Canadian town of Drummondville in late March of 2015. Just a one-hour drive from his home in Montreal, not only did young Felix enjoy the support of his countrymen, but his friends and family as well.

It was during that week that Auger-Aliassime made history as the youngest player to ever earn a FedEx ATP Ranking point. A qualifying wild card, he needed to register three victories to punch his ticket to the main draw and secure those five coveted points. With the loss of just one set, he did just that. At the ripe age of 14 years and seven months, he became the youngest to qualify for a Challenger. That record still stands today.

"Getting your first ATP points is a moment you never forget as a tennis player," reflected Auger-Aliassime. "Even though I wasn’t realising what I achieved at the time, I remember it being a big moment in my young career. I will always keep great memories from the Drummondville Challenger."

Armed with an already lethal forehand and boisterous backhand, it was the Montreal native's footwork and agility that made him so dangerous at such a young age. He maneuvered his slender frame across the court with effortless ease, meticulously carving up the court. And his court awareness and patient point construction would guide him to immediate success. Four months later, Auger-Aliassime became the youngest to ever win a match on the ATP Challenger Tour, in nearby Granby. And less than two years after that, he would be the first player born in the 2000s - and eighth-youngest ever - to lift a trophy, in Lyon, France.

To think that it's already been five years since the teen announced his arrival is unbelievable. While a lot has changed for the Canadian, much remains the same. Not only has he navigated a mountain of expectations from a young age, but he has done so with the professionalism and maturity of a steely veteran. Once a precocious budding prospect on the ATP Challenger Tour, Auger-Aliassime has steadily developed into a Top 20 star... and he's still only a teenager.